According to the reports, around 54% of the Australian organizations have started adopting AI as a part of their business strategy. Though, 80% of Australian business leaders are of the belief that AI is essential to their organization over the next 3 years.

In a study, it was found that Australia lagged other countries in Asia in Artificial Intelligence abilities and strategies. Till now, only 14% of the organizations have accepted AI as a central portion of their business strategies.

Even though the businesses in Australia had been slow in utilizing AI, there is a wide scope of AI for Australian businesses. The business leaders are of the view that the rate of improvement in innovation would increase 1.5 times by 2021. On the other hand, the productivity of the employee is expected to rise 1.6 times.

The key challenges faced by the businesses in Australia in making use of AI is lack of leadership commitment for making an investment in artificial intelligence. Around 56% of the leaders in business believe in investing more in employee skills instead of Artificial Intelligence technology.

BrainChip Holdings Ltd (ASX: BRN) is a company from the IT sector that provides neuromorphic computing solutions, which is a type of AI that is influenced by the biology of the human neuron - spiking neural network.

In the recent AGM presentation released on 30 May 2019, the company discussed AkidaTM, its business and financial update, AI Chipset forecast, AI edge applications, advantages of Akida and its business model.

The company reported an operating cash flow in 2018 of US$7.1 million, excluding capital expenditures. The cash receipt for the period stood at US$1 million. By the end of FY2018, Brainchip Holdings had net cash and cash equivalent of US$7.5 million. 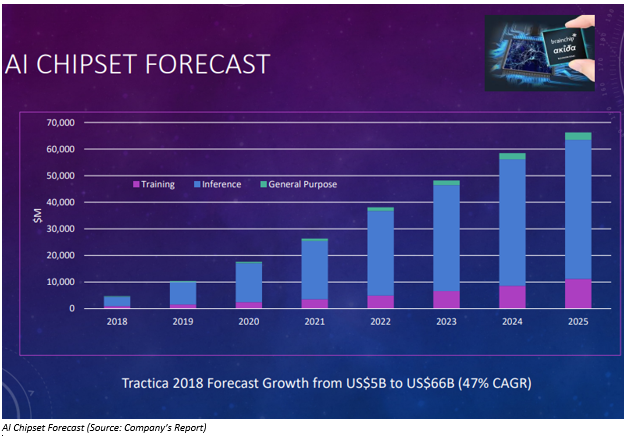 The low power, low latency and high accuracy are considered as a key feature for AI “Edge” applications and is applied in the following:

The major advantages of using AKIDA is the complete AI Edge Network on a chip, which is easy to use. Also, it has various learning modes and gives high performance.

LiveTiles Limited (ASX: LVT) is a company from the Information Technology sector and engaged with both the developing and selling of the business software in the region of Australia and abroad. The company comprises of a global team who are passionate about transformative enterprise solutions as well as intelligent design. The company allows its users to create their own intelligent workspace experience.

Recently on 5 June 2019, the company announced the inauguration of solution which is Artificial Intelligence-driven and has data-centric security in association with the partner Nucleus Cyber.

As per the ASX announcement on 25 October last year, the company struck a partnership with Nucleus Cyber. Since then, both the companies have worked in collaboration and integrated their technologies in order to provide the market with this unique offering.

LiveTiles would be promoting as well as indulge in the selling of the above-mentioned new solution to consumers as the top characteristic of its Intelligent Workplace Platform. This solution would be replacing a wide range of existing security tools, user training as well as complicated configurations with a streamlined AI-powered solution and will work efficiently across Microsoft’s Office 365 platform to offer security against the menace of malicious insiders.

The solution has the potential to expand the opportunity to grow the average enterprise customer deal size. Further, the company expects that the solution would be able to contribute strong subscription revenue growth in FY2020 and beyond that as well.

In 1H FY2019, the company reported strong growth in its revenue. To know more click here. 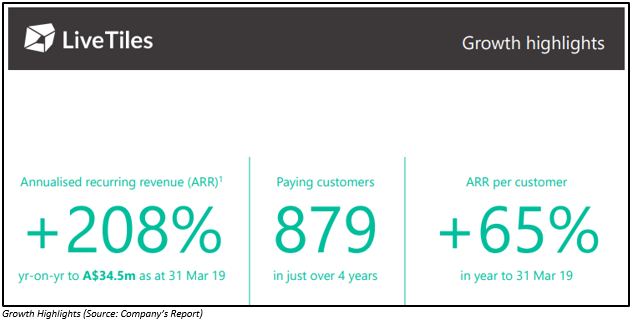 The second update from the company was that Bigtincan’s FatStax surpassing the top tier of its earn-out performance target. 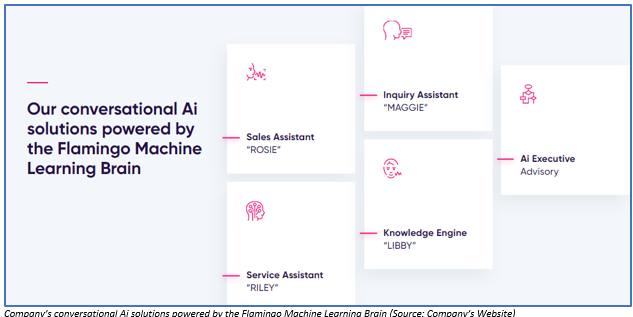 Recently, the company announced that after the successful Proof of Concept (PoC) of its Virtual FAQ & Knowledge Assistant product in the second half of FY2019, the company had entered into a Master Services Agreement (MSA) with HSBC Australia along with the first Statement of Work (SOW) under the MSA for deploying the technology into a production environment. The agreement comprises of Monthly Subscription arrangement.

The first SOW under the Master Service Agreement will consist of the development, as well as the deployment of Virtual Assistant for FAQ and Knowledge Retrieval, which is known as “MAGGIE” will not have any material impact on the revenue of the company as well as cash burn.

Gooroo Ventures Limited (ASX: GOO) is the only company in the world, that is capable of measuring how people think. The patent-pending technology of the company is based on neuroscience and artificial intelligence. It is capable of mapping how each person thinks differently and make choices in their lives and at work. The company uses its technology in segments such as Human Capital, Marketing as well as Careers. 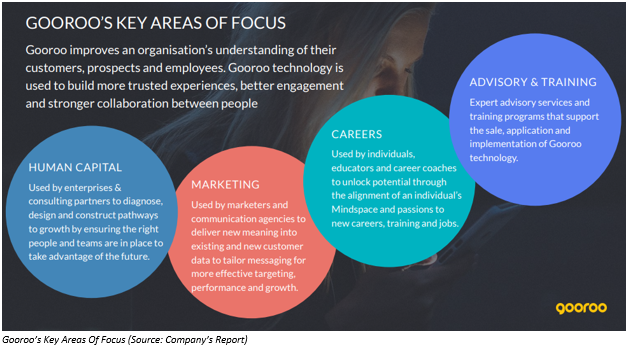 On 11 June 2019, the company announced that it has signed a commercial licence agreement with Dubai-based Biz Group which is one of the most highly regarded professional services, learning solutions and teambuilding providers in UAE. Under the agreement, BIZ Group would be using the solutions of GOO for enhancing its prevailing program as well as providing new innovative solutions to high-value clients in the area. Biz Group is all set to introduce Gooroo to two major clients belonging to the hotel as well as telecommunication sectors.

Biz Group is also the Middle East partner of Catalyst Group. In 2018, Gooroo entered into a satrategic partnership with Catalyst under which the company GOO would be paid A$35 for each person processed by Biz Group and uses GOO’s technology.

In the recent investor presentation of the company, which was released on 29 April 2019, the company highlighted its key focus areas, which is supported by its only technology in the world that is capable of mapping human thinking. This technology is based on the strategic thinking research, constructed from over 40 years by Dr Colin Benjamin OAM. This research is integrated with the theory of the more than 100 leading experts like De Bono, Jung, Hofstede and Mathis. In June 2016, the company acquired IP, and since then, it has been integrated into a scalable platform. The company also established a Human Thinking Research Unit for extending IP, as well as delivering thought leadership and training. In October 2017, a patent application was submitted by the company. In 2018, the company released the book “How We Make Up Our Minds” which is based on its ColourGrid™ IP.