Australian-headquartered fertiliser feedstock explorer company, Parkway Minerals NL (ASX: PWN) focusses on the development of large greensand deposits in Perth Basin. The company aims towards defining a significant resource base and discovering best means to retrieve potash, phosphate and other minerals from the Dandaragan Trough, which is counted among the world’s largest known glauconite deposits. The company possesses two fertiliser projects in Western Australia, including Lake Seabrook and Dandaragan Trough Project.

Parkway’s stock price has jumped massively in the past two months by ~50 per cent, backed by some major developments by the company. Breaking two-months of stagnation in its stock price, the share price of the company marked a tremendous rise from the beginning of July 2019 from AUD 0.004 to AUD 0.006 (as on 23rd August 2019). The stock surpassed the Australian share market’s benchmark index S&P/ASX 200 that has delivered a negative return of ~1.87 per cent since 1st July 2019.

How is the Technical Needle moving on ASX: PWN?

On the daily chart, the share prices of the company have recently crossed the 4 year downward sloping trendline, and if the prices sustain above the breakout level, it could denote the entry of bulls.

Despite a negative divergence, the price actions are showing positive indications, and the 9-day EMA recently crossed the 21-day EMA from below, which denotes a positive signal.

Investors should now monitor the breakout range closely as a break above it could support the share prices of the company further;

On following the monthly chart, and post connecting the Fibonacci Series, we can observe that the share prices of the company are revolving around the 50.0 per cent projected level (A$0.007) and taking the support from the same level.

The downside projected level remains intact until the prices cross the high of the candle marked as 2, and investors should monitor the 50.0 per cent to 61.8 per cent projected level as these could act as the crucial support for the share prices of the company.

Parkway experienced the following remarkable developments in July and August 2019:

The acquisition also provided the company with the opportunity to own the aMES™ technology, suitable for lithium and potash production as well as brine processing.

The company released its June 2019 quarterly report on 31st July 2019 on the ASX. The company notified about the major activities conducted during the quarter at its projects, which included:

The company informed in July this year that it has received an Australian patent for K-Max process from IP Australia, marking a remarkable step in the marketing of the Dandaragan Trough and implementation of the technology to other deposits. 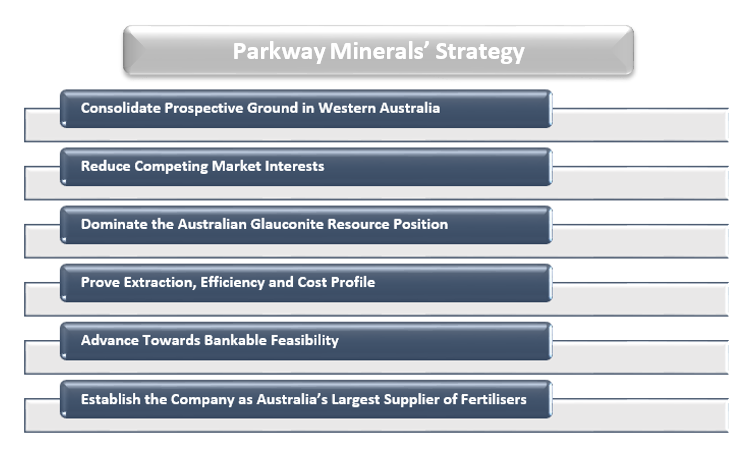