Sarytogan Graphite owns a graphite project in Central Kazakhstan, which is known to have a substantial concentration of graphite.

A total capital of AU$8 million was raised by the copper explorer via an IPO at an issue price of AU$0.20. The lead manager of the issue was Viridian Capital Pty.

Meanwhile, Synergen Met raised AU$25 million via a public issue. The IPO had an issue price of AU$0.20. Lodge Corporate Pty was the lead manager of the issue. The company offers solutions to environmental challenges.

A few companies so far listed on the ASX in June 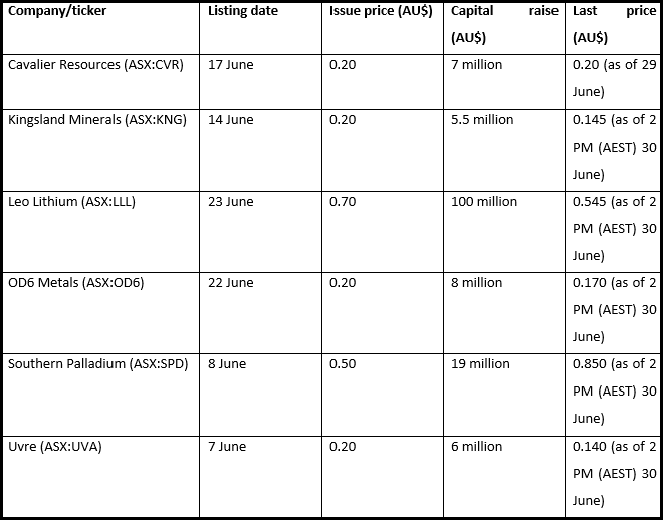