In this article, we will be looking at the recent developments in four companies (two from the industrials sector and two from the information technology sector).

A global player in providing cross-border payment solutions, Splitit Payments Ltd (ASX: SPT) boasts a merchant base of more than 1,000. It caters to its clients in over 200 nations. SPT has emerged as an omnichannel instalment payment solution.

Kyckr Limited (ASX: KYK) is a regulatory technology company with access to more than 200 official registries in 120+ countries and more than 170 million legal entities.

On 31 July 2019, the company announced that it successfully raised $ 5.2 million through share placement from new as well as existing institutional and private investors. In the last few months, the company made a significant progress as it rolled out its improved digital platform, Kyckr.com. The platform is used in the authentication process of know your customer, with the platform witnessing encouraging early growth sign since its introduction. The company has also continued to focus on developing strategic partnerships with enterprises in the financial, data and technology sector.

As the company would progress forward, the funds through the placement would be used for accelerating its global commercialisation activities as well as business development and account management.

The placement would occur in two tranches. The second tranche would depend on the approval during EGM that would take place in early September 2019.

The company on 29 July 2019 released its quarterly activities report, under which it reported an increase of 28% in its quarterly revenue to $ 532k for the period ended 30 June 2019. There was also an increase in the enterprise revenue by 48% as compared to the previous corresponding period. Post the launch of new Kyckr platform in May, there was a positive growth in the number of subscribers, which pushed the total online revenue by 20% as compared to the previous year. 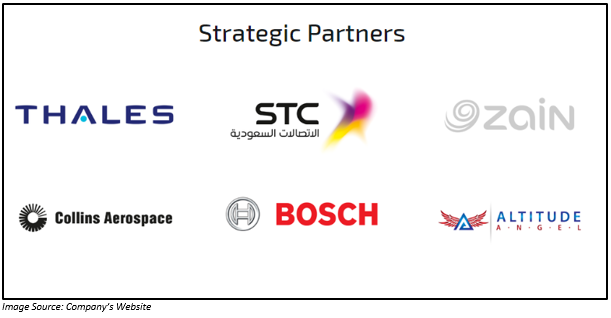 The company announced the release of RfZeroTM in a market update on 2 August 2019. The companyâs breakthrough new product follows extensive development based on end-user feedback. The product, which is an omnidirectional drone detection device and completely non-emitting, is available for purchase to qualified end-users. The product is designed to be a cost-effective fixed site alternative to RfOneTM, which is the companyâs higher end product.

On 29 July 2019, DroneShield released an announcement, under which the company highlighted that it was accepted for membership in ACI (Airports Council International) Europe, which comprises of more than 500 airports in 45 European countries.

Freelancer Limited (ASX: FLN) is a player in the industrials sector and is involved in the business of online freelancing, outsourcing and crowd sourcing marketplace.

Freelancer.com: It is an online services marketplace with more than US$ 4.5 billion in jobs awarded. The revenue model of this division depends on users posting a role in the form of a project or a contest. More than three fourth of Fortune 500 companies employ Freelancer.com in order to get their tasks done.

Escrow.com: This website is for secure online payments with more than US$ 4 billion in transactions. It is used for securing a wide range of important transactions which range from $ 100 to $ 100,000,000. It helps the users to transact online with increased trust. Buyers and sellers are accessible, which results in better choice, pricing and increased probability of successful transaction. Through Escrow.com, physical inspection, as well as acceptance, is possible on delivery. Thus, valuable products can be shipped across the state or country lines before the transaction completes, enabling buyers and sellers to expand beyond the local market safely. The other benefits of using Escrow.com is that it offers increased compliance, increased insights, increased conversion, as well as increased revenue. 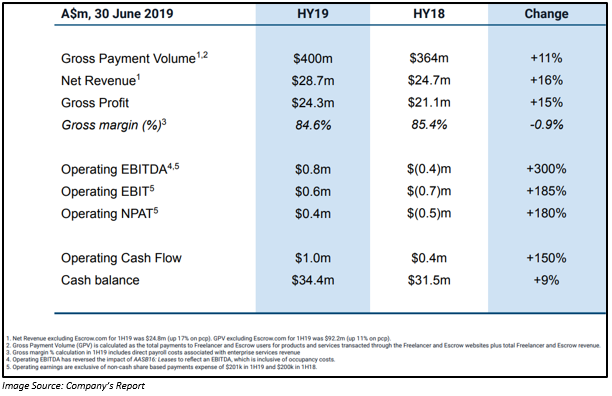 In 1H FY2019, the company had signed master service agreements with major brands from the technology, professional services, defence as well as healthcare industries. The company is about to start multi-nation pilots with international players in the cloud, software, computer and telecommunications industries. The company is working continuously with the sales team across the globe. An executive from Uberâs Greenlight driver was hired to run the enterprise operations. Around $ 2.6 million in enterprise services revenue was generated during the period.