All That Investors Need to Know About International O&G Company, Calima Energy Limited 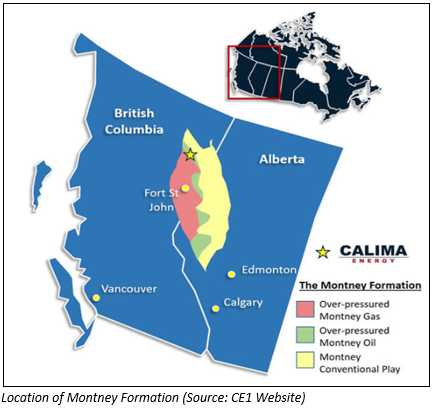 CE1 is 50% owner and operator of Mahbes, Mijek, Haouza and Daora permits, covering an area of over 70,000 km2 in the Western Sahara region. Recent exploration success in countries including Mauritania and Senegal has resulted in enhanced industry interest in Northwest Africa, as demonstrated by the current transactions of Woodside, BP and CNOOC to acquire acreage positions in the region. 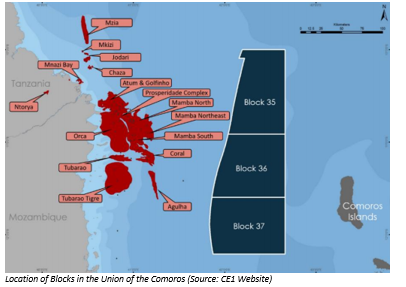 Through its 100% owned subsidiary, Bahari Resources Limited, the Company owns an interest of 8.5% in Bahari Holding Company Limited. The subsidiary has a forty per cent interest under a PSC with UK-based Discover Exploration Limited (60%), and the PSC covers Blocks 35, 36 and 37, offshore the Union of the Comoros.

The Company’s business strategy is designed counter-cyclically to take advantage of momentum returning to the oil & gas price after a vicious slump in the prices in 2014. In lieu of the latest price outlook of the oil & gas industry, the company believes that focus would shift from reducing capital expenditure to reserve inventories’ repairing and unfolding further opportunities.

The Company plans to acquire new projects and investments that could be the basis of new O&G players or appealing to big firms looking for opportunities for material growth.

The approach mainly focuses on investing in possible projects with the opportunity of realising the value in the short to medium term.

Calima is governed by a distinguished and experienced team of professions, who have a demonstrated history of generating shareholder value.

Holding a degree in Economics with extensive management and corporate experience, Mr. Glenn Whiddon has a strong background in various fields including banking, corporate advisory and equity capital. His experience also includes a specific focus on natural resources.

He has been associated with Grove Energy Limited, an oil & gas exploration and development company in the European and Mediterranean region, with operations in Italy, Romania, Slovenia, Tunisia and the UK and Dutch North Seas, as Executive Chairman, Chief Executive Officer and President. In 2002, Grove’s market capitalisation was less than CAD 5 million, which was acquired in April 2007 at CAD 150 million by Stratic Energy Limited – a TSX listed oil & gas company.

He is currently Director of several Australian and international public listed companies in the resources sector such as: -

Appointed on 11th September 2017 to Hear Me Out Limited

Dr. Alan Stein has more than 30 years of experience in the international oil & gas industry. He was the founding MD of two entities, namely Fusion Oil & Gas plc and Ophir Energy plc, and one of the founding partners of a geoscience consultancy in London and Perth. Fusion Oil & Gas plc, which was listed in 2000 on the AIM market, made significant offshore Mauritania discoveries before being sold in 2003.

Holding over thirty years of experience in the global O&G industry, Mr. Jonathan Taylor began his career with UK-based Amerada Hess. He handled exploration activities in Yemen and Myanmar during his tenure with Clyde Petroleum plc.

He was also associated with Fusion Oil & Gas plc in 1998 as Technical Director, developing a vast portfolio across Northwest and West Africa. Then after the sale of Fusion in 2003, he served as Technical Director initially at Ophir Energy plc before becoming one of the founding executive directors.

Mr. Hackett holds a degree in Economics from the Western Australia University and postgraduate degree in Applied Finance and Investment. He is also a graduate from the Australian Institute of Company Directors on the Order of Merit basis and a Fellow of the Financial Services Institute of Australia.

He is presently company secretary of Steel Blue Footwear and Metalicity Ltd (ASX:MCT) and Non-Executive Chairman of Ardiden Limited (ASX:ADV), in addition to being a Chairman of Westcycle Inc. Previously, he has also worked with the Australian Securities and Investment Commission.

Mr. Brett Lawrence holds Bachelor of Commerce in Finance, Bachelor of Engineering in Mining and Master of Petroleum Engineering from Curtin University in Western Australia.

He has 15 years of extensive experience in the oil & gas industry, of which eight years is with Apache Energy, serving at the roles in drilling & reservoir engineering, project development and commercial management. Additionally, he was associated with various significant parts of financial, commercial and corporate divisions across different listed companies on ASX.

Mr. Mark Freeman is a Chartered Accountant and holds Bachelor of Commerce and Graduate Diploma in Applied Finance from the University of Western Australia and the Securities Institute of Australia, respectively.

Mr Bahen holds a commerce degree with major in the areas of accounting and finance. He has a Graduate Diploma of Applied Finance and has worked in a corporate advisory firm, engaged in offering company secretarial support to several listed companies operating in the resource sector.

The other joint Company Secretary of CE1 is Mr Neil Hackett.

It is the testimony to the elite and well-experienced management and Board of the Company that the pipeline connection to regional sales networks was approved recently, forming a synergy with the existing infrastructure to deliver positive results.