A media and entertainment company, Nine Entertainment Co. Holdings Limited (ASX: NEC) has now completed the sale of Australian Community Media & Printing business (ACM), a move which is in line with the company’s strategy to exit non-core businesses and focus on Nine’s portfolio of high-growth, digital assets. In an announcement made on 1st July 2019, the company has informed that the completion of the sale on 30th June 2019, is consistent with the company’s expectations.

The sale was initially announced on 30th April 2019, wherein the company’s Chief Executive Officer, Hugh Marks advised that the company will retain a commercial relationship with ACM and is looking forward to work in the areas, where both parties can reap the benefits.

The consideration for the sale was valued at $115 million, from which, the company has already received cash proceeds of $105 million (subject to the usual post-completion adjustments to be made in the coming months) and will receive further $10 million in 12 months. It is expected that the proceeds received from the sale will be utilised to decrease the company’s indebtedness.

For the first half of FY19, the company’s Net Profit After Tax amounted to $172 million, which was slightly lower (1%) than the previous corresponding period (pcp). On a pro forma basis, the company earned a revenue of $709.8 million and group EBITDA of $177.8 million. 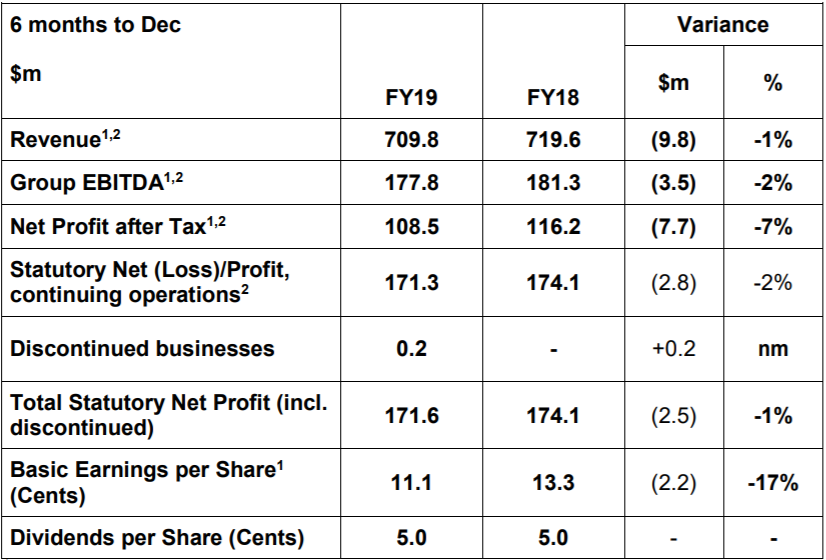 In the month of December 2018, the company was merged with Fairfax by acquiring all of the outstanding shares in Fairfax and post-merger, the company now has four key pillars: Broadcasting, Digital & Publishing, Stan and Domain. In FY19, the company expects to earn Pro Forma Group EBITDA of around $420 million, representing a growth of around 10% on the FY18 like-basis results of $385 million.

In a presentation released on 30th April 2019, the company provided information about the industry trends. As per which, 66% of all Daily audio LISTENING radio has 3 times more listeners than the streaming services combined, as depicted in the figure below. 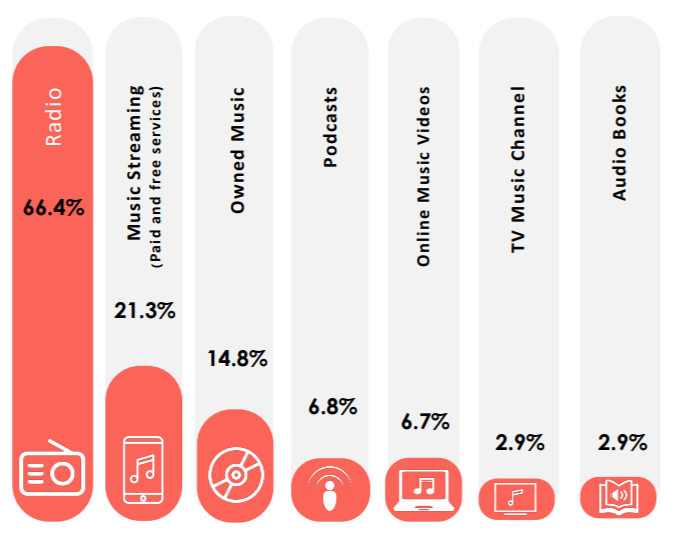 While streaming music is growing, it still represents a much smaller proportion of LISTENING than radio. Radio has over 78% of all ‘Commercial’ Audio Listening, well ahead of the 7.8% of Ad Supported streaming. Podcasting has a 6.4% share and about 68% of the streaming music today is paid and Ad-Free subscription services. Radio audience growth is supported by population increases, portability of radio (home, car, work, mobile) and is underpinned by targeted investments in local content. The company’s national investment regional radio markets have grown 12% and 14%, respectively over the last two years.

In an announcement made on 17th June 2019, the company announced that its Chairman, Peter Bush, is taking a leave of absence to assist in his recovery following recent hospital treatment. It is expected that he will be on leave of absence for around two months and in his absence the company’s Deputy Chairman, Leon Pasternak, is acting as a Chairman in accordance with the Board Charter.

In the first half of FY19, the company reported a growth of 6.7% in metro radio revenue and strong cost control, which resulted in EBITDA of $82.0 million, up 2.5% on pcp.

Australia’s leading integrated media company, Seven West Media Limited (ASX: SWM) recently advised that it is expecting its FY19 underlying Group EBIT to be in between $210 million to $220 million while its FY19 group net cost reduction will be at the top end of the $30 million to $40 million range. Further, the company has assured that it will reduce its net debt by around $75 million in FY19.

The company’s strategy is built on three pillars: First, a focus on the core, meaning that the company is focused on improving its ratings and revenue performance while growing returns on its content investment. Second, the ongoing transformation of its operating model, under which, the company is focusing on driving efficiencies, delivering cost savings and improving profitability. And third, growing new revenue streams, which is self-explanatory.

In the year 2018, the company not only had the highest commercial share of viewership in history, but also led all the key demographics with its highest ever shares of each. Channel 7 was the numero uno among all and 7mate was the number one multichannel.

In the first half of FY19, the company delivered significantly better performance as compared to the pcp. The company’s underlying EBIT for the half year period was $147 million while its underlying net profit after tax was $91.8 million. In October, the company refinanced its remaining debt through to 2021/22, with no change in covenants and a beneficial price outcome.

The company reported total group revenues and other income of $798 million, which was down just 1.5% on pcp. The group operating costs were flat at $652.1 million with its full year savings skewed towards the second half. The group delivered EBIT of $146.8 million, a decline of 7.9% on pcp. The prior period included a 27th week, with an average weekly EBIT of $6 million. Therefore, on a like-for-like basis, EBIT is down 4%.