Krakatoa Resources Limited (ASX: KTA) has only 135 million shares on issue and is trading at 1.9c - Is there a high leverage investment opportunity to see through?

KTA has already started data compilation and non-invasive groundworks on the project.

With the recently announced new exploration license (E52/3722) application, KTA’s holdings over the prospective drainages in the Gascoyne Region of Western Australia has increased to 556km2, as depicted in the image below. 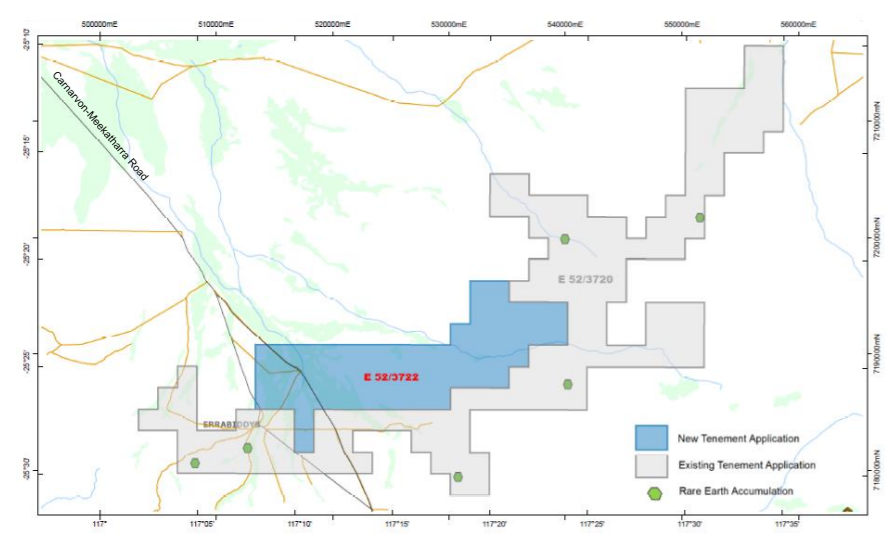 The company believes that the Project area has considerable prospectivity for Chinese-type Ion Absorption clays in extensive laterite areas, if that becomes a reality, Mt Clere may become the only REE project of this type in the western world. Ion-adsorption REE deposits have the benefit of easier mining and ore processing as they involve shallow, open pit mining and no milling. Ion-adsorption style deposits are known for major cost and time savings under capital expenditure and operational expenditure considerations. Furthermore, they are also environmentally advantageous when it comes to REE separation process as substantially fewer toxic reagents are used. 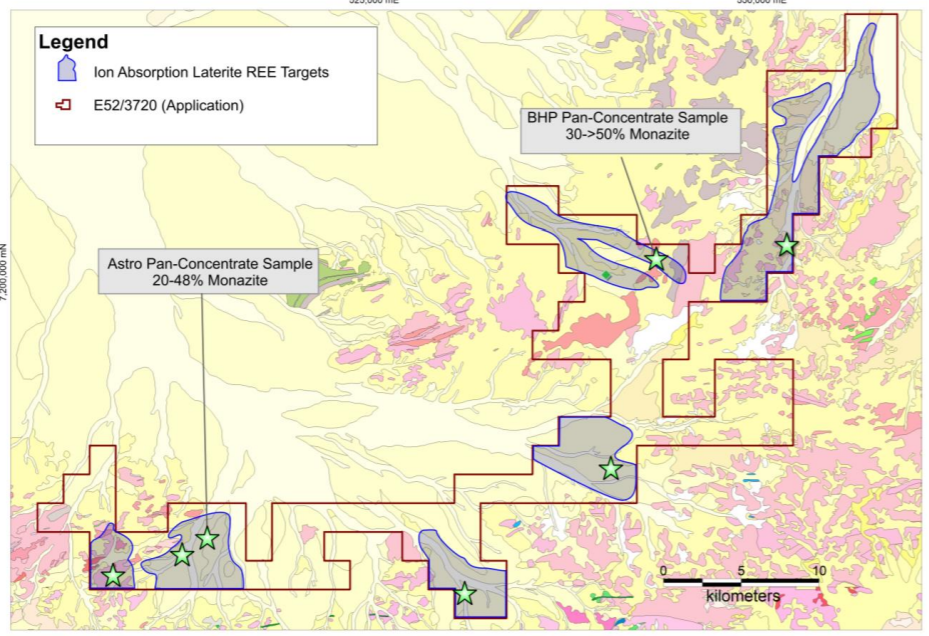 In the past, several exploration programs have been conducted within the Mt Clere application area but not for REES. However, the REE results from those explorations have proved to be very encouraging. For example, BHP Billiton (ASX: BHP) confirmed the presence of monazite in pan concentrates while exploring for other metals. The KTA application lies downstream from these heavily enriched monazite sands identified by BHP almost 30 years ago.

This acquisition has panned out at the right time for KTA as REE demand is expected to increase in the coming years, plus due to the China-US trade war, it is expected that REE prices will also rise.

In response to the US trade policies, China recently cut down its REE exports. The US, being a leading importer of REE, was affected by this move. Due to this scenario, a huge gap is emerging between REE demand and supply. For companies having REE projects outside China, this a great opportunity to create their own space in the REE market. With the advancement of Mt Clere REE Project, Krakatoa Resources is rapidly progressing to become a significant REE producer.

In order to conduct exploration activities on its current projects, particularly on Mt Clere Project, the company recently completed a placement, in which, it issued around 17.5 million shares at an issue price of 2.2 cents to raise $385,000.

Brief Background: Krakatoa Resources Limited (ASX: KTA) was incorporated on 19th January 2012, with a purpose of identifying exploration projects in Indonesia and internationally while discovering commercially viable mineral deposits. Currently, Krakatoa Resources is focused on sourcing and acquiring projects, containing crucial elements for the creation, storage and transportation of electrical energy, allowing it to take advantage of the opportunities created with the global emergence of the lithium-ion battery market. The company is also on the path of acquiring and sourcing projects, which has technology hardware component constituents, such as Tantalum and Rare Earth Elements (REE).

Rare earth elements are primarily used in the production of glasses, high-performance magnets, Fuel cells, catalysts, alloys, LCD, Nickel-metal hydride batteries, plasma screens, electronics and in many more products. Due to its increasing use, the demand for REE has increased a lot in recent times.

Since its incorporation, the company has acquired various resource-based projects, which includes the Dalgaranga Project, Mac Well Project, Corkill-Lawson and Farr Projects and recently acquired Mt Clere Rare Earth Project. All these projects constitute a great portfolio of projects, helping the company in achieving its mission to emerge as a prominent electrical energy and technology metals company.