Top Penny Stocks to Watch for 2020

Due to the wide price quotes or bid ask spread, lack of liquidity and small company sizes, these stocks are generally considered highly speculative and in other words an investor can lose all their investment or sizeable amount. Such investment is best for investors having high acceptance for risk.

Trading in penny stocks is risky and investors should take into consideration the risk involved with buying a penny stock. By focusing on the penny companies with high-quality operations and learning how to research a company, one can minimize losses and generate huge income.

The company has announced that Jeremy Sinclair, the Managing Director of the company, will change its role to Non-Executive Director, from 22nd November 2019. The company has also promoted current General Manager Projects, Graham Fyfe to Chief Development Officer and current Country General Manager and Legal Counsel, Naomi Scott to General Counsel and Country Director, Mozambique. The changes are made to enhance the cost savings as the company progress towards its funding discussions for its Montepuez graphite project in Mozambique.

BAT announced that it had signed a Memorandum of Understanding (MoU) with Urbix, to create a JV in Mozambique which will be aimed to develop an environment-friendly graphite purification facility in Mozambique. It is expected that the facility will get its graphite concentrate from Battery Minerals’ Montepuez graphite project as well as potentially toll-treat graphite from other mines in Mozambique and will use the patented purification method by Urbix.

LiveTiles Limited is a global software company, which is engaged in the development and sale of digital workplace software through subscription agreement in Australia and other countries.

LiveTiles Completes the Acquisition of CYCL

The company has completed the acquisition of CYCL which is a leading intelligent intranet software business in Europe. It will be a complementary technology to LiveTiles’ intelligent workplace offering. The deal comprises of an upfront purchase price of $19.0 million and two-year earn-outs of up to $13.2 million. 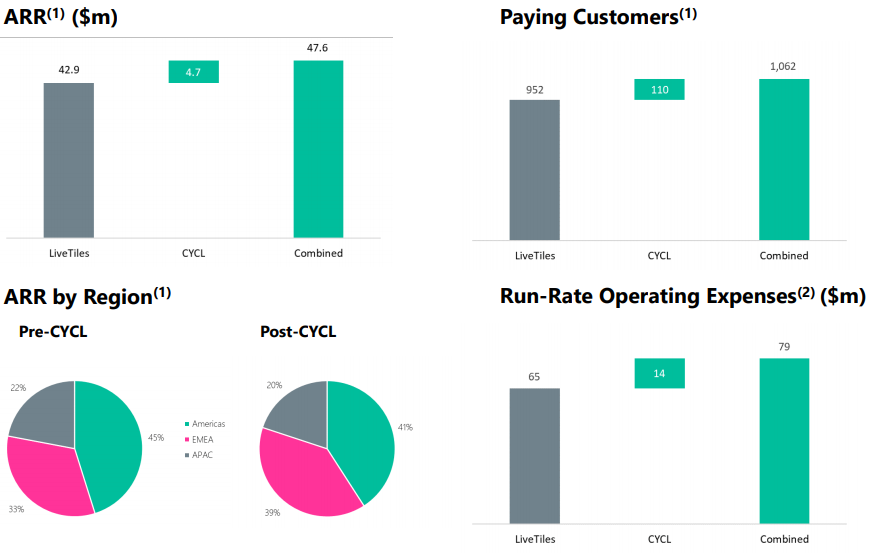 By continued investment into products, partners and sales and marketing channels, the company expects to deliver another year of strong customer and revenue growth in FY20. In the last 12 months, the company grew ARR by 131%, and now its objective is to organically grow ARR to at least $100 million by 30th June 2021.

Cooper Energy Limited is an upstream gas and oil exploration company whose main purpose is to find, develop, secure, sell and produce hydrocarbons.

The company has published a 4 well appraisal program field by the PEL 92 JV of the Butlers oil. This was started on 3rd December with the spudding of Butlers-10. The company has a 25% interest in the JV and rest of the interest is with Beach Energy. Butlers is linked by the PEL 92 pipeline. This is via Callawonga through the Lycium Hub Facility.

Company reported a revenue of $75.5 million up by 12% due to higher revenue from gas sales. Statutory loss after tax came at $12.1 million after significant items of -$25.4 million. 5 new gas agreements negotiated for supply to AGL Energy, Origin Energy, O-I and Visy from Casino Henry and Sole. The sole term contract capacity has been committed to 2025. 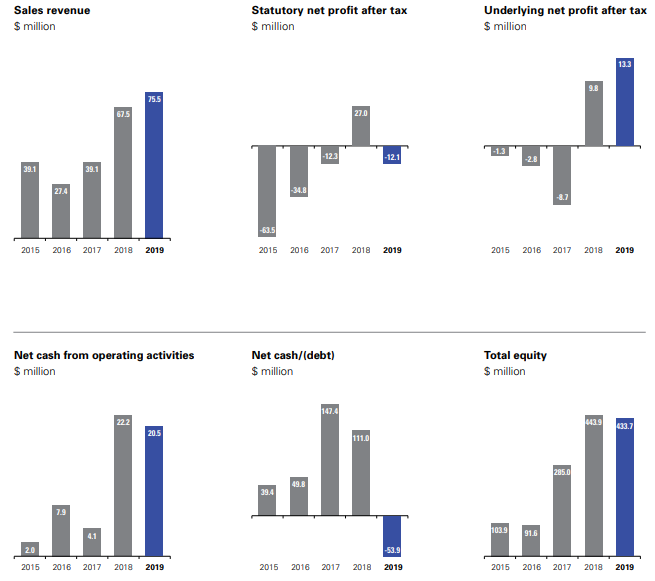 COE has instructed that desertion of the Annie-1 has been concluded and the Diamond Offshore Ocean Monarch drill rig has been released. The desertion of the well was postponed due to the malfunction of 2 of the 8 mooring chains. Desertion operations were finalized, and the rig has been released off location, and planning is ongoing to safeguard a rig for an offshore Otway campaign. Subject to equipment and rig availability, it is expected that this campaign could start in FY21.