The stock of BYND Cannasoft Enterprises Inc. (NASDAQ: BCAN) appeared to be one of the closely watched stocks on Monday, September 19, as seen by the jump in its price in the morning.

The BCAN stock skyrocketed more than 267 per cent in the pre-market hours on Monday after closing at over eight per cent down in the previous session.

So what could have triggered the recent rally of the Canadian cannabis-focused software firm? Let's explore the recent developments of the company with Kalkine Media®.

Among the most recent developments of BYND Cannasoft Enterprises, the company announced its plans to acquire an Israel-based company on September 18. According to the announcement, the Vancouver, Canada-based company had signed a share purchase deal for acquiring the full ownership of Zigi Carmel Initiatives & Investments Ltd.

Zigi Carmel had the patent-pending intellectual property for a therapeutic device named the EZ-G device. EZ-G is a unique device that utilizes low concentrations of Cannabidiols. This therapeutic is primarily used for treating specific health conditions in women.

As per the terms and conditions of the share acquiring deal, BYND Cannasoft would issue to Zigi Carmel's owner of 7.92 million common stocks for US$ 4.735 per share, depending on the transaction conclusion by October 10 this year.

In addition, the company would be paying US$ 100,000 to cover the legal expenses of the deal. Certain customary closing conditions would be reviewed before the closing of the deal. Notably, the Canada-based cannabis/software firm anticipates closing the deal in September. 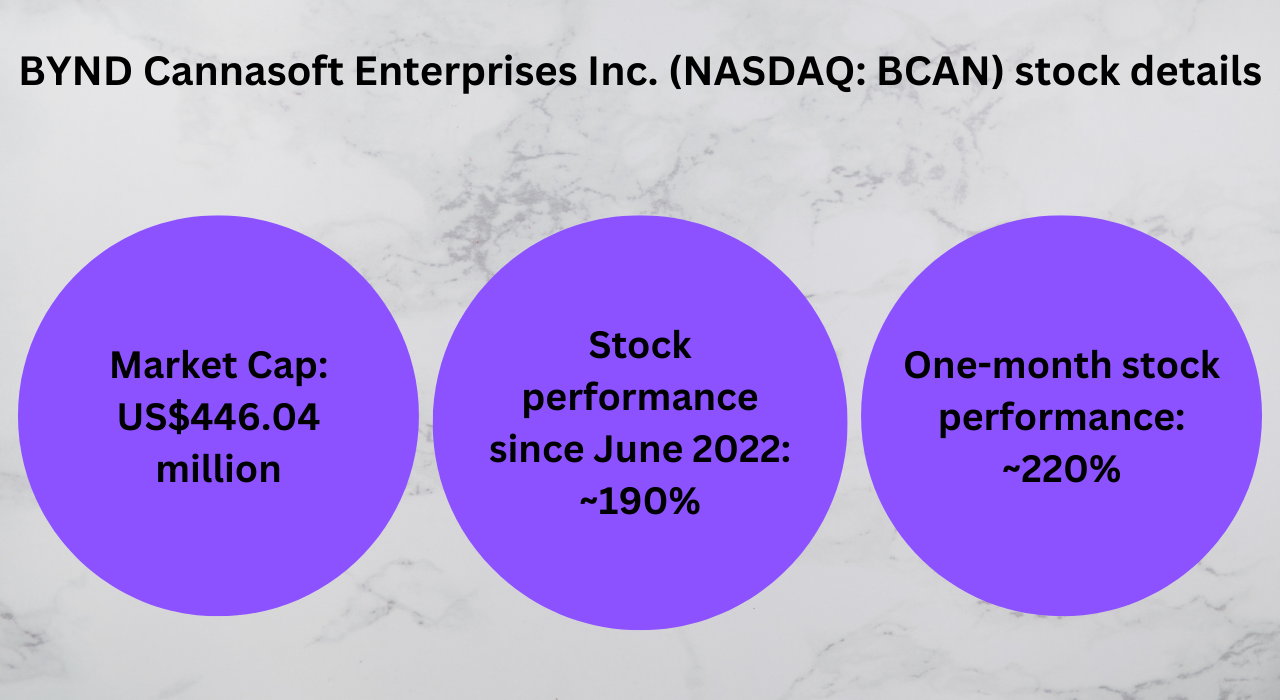 At its current trading price, the company's stock skyrocketed over 180 per cent since May 2022, advancing over 220 per cent in the last 30 days. However, the RSI of BYND Cannasoft Enterprises was about 32 during writing, suggesting that the stock could be highly volatile at the moment.

Despite the recent gains, investors should focus on the other factors and risks associated with small-cap stocks before investing. Notably, the Canadian company had a market cap of US$ 446.04 million.