Benchmark US indices gave up gains from the earlier session to end in negative territory on Thursday, September 15, after a flurry of economic data failed to ease concerns over Fed's upcoming move against curbing inflation.

The US retail sales rose unexpectedly last month, as Americans have raised their spending on motor vehicles and went out for dining more amid a sharp decline in gasoline prices. However, the demands declined in August due to the aggressive rate hikes by the central bank.

US retail sales surged 0.3 per cent in August, the Commerce Department report of September 15 showed, following a decline of 0.4 per cent in the prior month. Excluding gasoline, the retail purchases rose 0.8 per cent last month.

The healthcare and financials sectors were the top gainers in the S&P 500 index on Thursday. Nine of the eleven segments of the index stayed in the negative territory, with the information technology and energy sectors declining the most.

Shares of Adobe Inc. (NASDAQ: ADBE) lost more than 16 per cent in the intraday trading on September 15, after the technology company unveiled its plan to acquire the digital design startup, Figma. Meanwhile, the company posted a 13 per cent YoY growth in its third quarter fiscal 2022 revenue.

Humana Inc. (NYSE: HUM) added more than eight per cent in the intraday session on Thursday after the healthcare insurance released its latest quarter financial results while raising its annual guidance. The Louisville, Kentucky-based company said that it expects that Covid-19 would no longer affect its performance.

In the technology sector, Apple Inc. (AAPL) decreased by 1.89 per cent, Microsoft Corporation (MSFT) declined by 2.71 per cent, and Nvidia Corporation (NVDA) fell by 1.52 per cent. Broadcom Inc. (AVGO) and Oracle Corporation (ORCL) plummeted 2.08 per cent and 2.66 per cent, respectively. 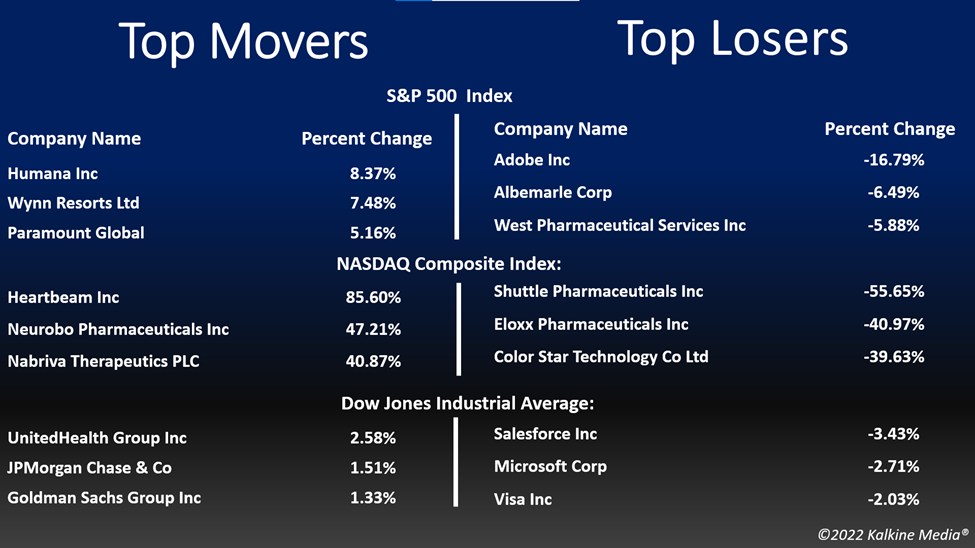 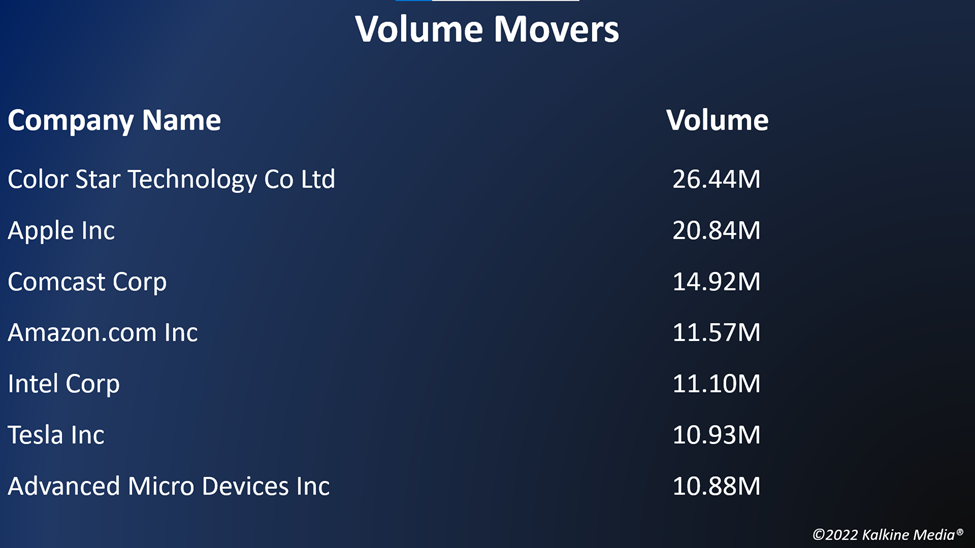