Minutes from Fed's July meeting indicated that the central bank is still keeping a close watch on the elevated inflation and current labor market condition, which would put them on track to continue raising the interest rates.

However, the officials also suggested that the pace of the rate hike would depend on the upcoming data that would shed some light on the health of the economy. In addition, they also indicated that it would gradually slow down the pace of their hawkish moves once the inflation comes under their two per cent target.

In economic news, the US retail sales remained unchanged in the previous month due to a decline in gasoline prices, the Commerce Department report showed on August 18. In June, retail sales rose 0.8 per cent. However, excluding gasoline prices and auto sales, the spending ticked up 0.7 per cent MoM in July.

The energy sector was the top mover in the S&P 500 index on Wednesday. Seven of the 11 segments of the index stayed in the negative territory, with materials and consumer discretionary sectors declining the most.

Shares of Lowe's Companies, Inc. (LOW) added 0.56 per cent in the intraday trading session after the company reported strong quarterly earnings results that may have topped the market expectations.

On the other hand, another leading retail firm, Target Corporation (TGT) lost 2.84 per cent, after the company posted a sharp decline in its quarterly profit. The company also said that it is planning to move cautiously in the ongoing year as consumers trimmed their spending on discretional items.

Blue Water Vaccines, Inc. (BWV) skyrocketed over 202 per cent in intraday trading, after the biotechnology firm said that it is planning to explore the potential for developing a novel monkeypox vaccine on Wednesday.

In the energy sector, both Exxon Mobil Corporation (XOM) and Chevron Corporation (CVX) added 0.83 per cent, while PetroChina Company Limited soared 2.58 per cent. ConocoPhillips (COP) and Equinor ASA (EQNR) advanced 1.26 per cent and 1.15 per cent, respectively. 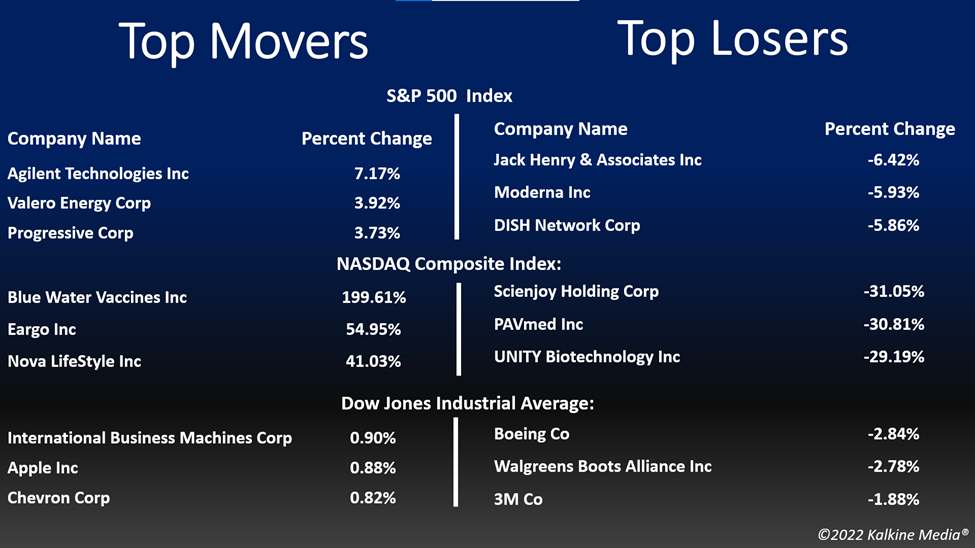 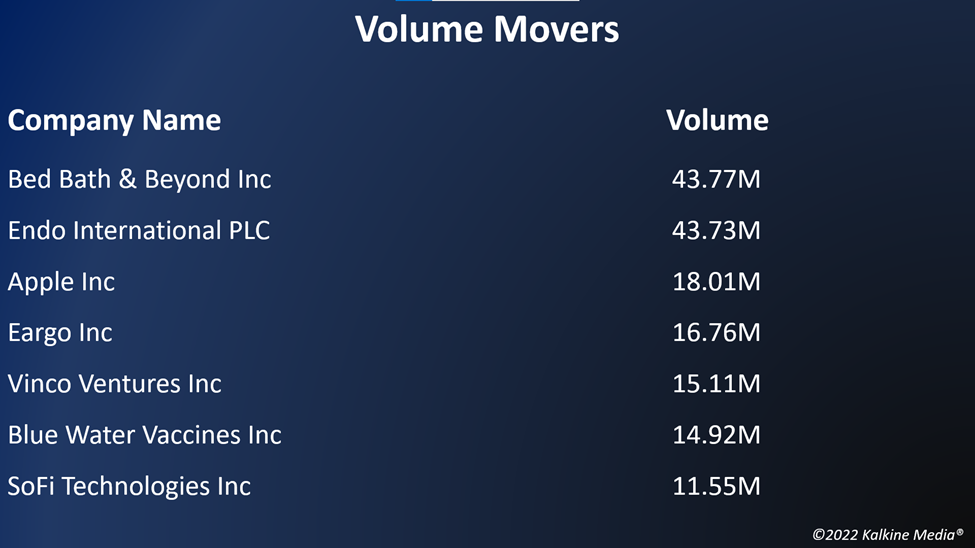