The reopening of the construction sector after the initial lockdown has seen a drastic surge in the operations and pent-up demand in the housing market, pushing the house prices upwards and boosting the UK home construction stocks.

Several survey reports in the past few months have indicated the continuing surge in the UK’s property markets. The temporary relief in stamp duty have impelled the house prices to jump 0.7 per cent in February, reported the mortgage lending firm Nationwide.

UK housebuilding stocks can be considered by investors since they are among the more financially fit stocks, and it is one such sector which is expected to recover in the near future with recent budget allocations by the British FM Rishi Sunak. 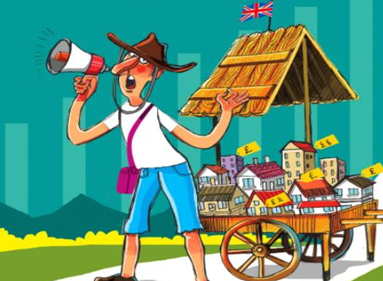 UK-based Crest Nicholson is a 50-year-old premier housebuilding company that operates in Southern England. The FTSE 250 housebuilder ended its financial year 2020 on 31 October 2020 with £677.9 million of statutory revenue (FY19: £1,086.4 million). Though the company was severely affected by the Covid-19 crisis and political uncertainties arising due to Brexit, this housebuilding stock exceeded the Board’s expectations. Crest was successful in recording £45.9 million of adjusted profit before tax (FY19: £121.1 million), which was earlier estimated to be in the range of £35 million to £45 million.

The group has also restored a dividend at 2.5 times cover after it had suspended its final dividend of 21.8 pence per share for FY 2019. The dividend pay-out will be effective from the first half-yearly results of FY 2021. The housebuilding company has delivered over 15 per cent price return on a YTD basis and forecasts to deliver strong profit growth and cash flow generation. Shares of CRST quoted at GBX 375.80 on 4 March.

Established way back in 1958, the Coalville, UK- headquartered FTSE 100 stock is considered as one of the largest residential property development companies. The house builder has seen high customer interest as the orders have been flying in since the economy reopened after the first lockdown, and the revenue have risen 10.1 per cent £2,494.7 in H1 2020 from £2,266.2 in H1 2019, for the half-year ended 31 December 2020.

The Group has decided to resume dividend payment by declaring an interim dividend of 7.5 pence per share for the six months period and has also set a target of full year dividend at two and a half times cover basis. The housebuilding company has delivered over 7 per cent price return on a YTD basis and forecasts to complete around 15,250 to 15,750 homes in FY2021. Shares of BDEV quoted at GBX 719.00 on 4 March.

Countryside Properties in its latest trading statement had said the company was in line with the management’s expectations for the first quarter ended 31 December 2020. It expects the total number of homes completions rising 17 per cent to 1,280 homes in comparison with the same period in the previous fiscal year (Q1 2020: 1,097 homes) and net cash recording £91 million (Q1 2020: net debt £62 million) for the period.

There has been no announcement on the dividend front, but it might be disclosed in the half-yearly results. The housebuilding company has delivered more than 8 per cent price return on a YTD basis, with hopes to remain in line with the guidance throughout FY 2021. Shares of CSP last quoted at GBX 508.00 on 4 March.

The largest housebuilding company of the United Kingdom, Taylor Wimpey is part of the FTSE 100 index of the London Stock Exchange. The company said that it had net cash of £719.4 million (2019: £545.7 million) as on 31 December 2020 and has also been able to raise net funds of £510 million through an equity placing in June 2020.

After discussions, the Board has concluded that it will be paying approximately 7.5 per cent of its net assets and has also proposed around £151 million of final dividend for the FY 2020. The housebuilding company has delivered around 4 per cent price return on a YTD basis. Shares of TW. last quoted at GBX 172.50 on 4 March.

The British housebuilder has been in existence for more than four decades now, providing distinctive and high-quality homes across England and Wales. A combination of strong sales market driven by pent-up demand, the stamp duty holiday, and the nearing end of the Help to Buy scheme has led to the housebuilding stock to witness a 20 per cent increase in revenues from £1,041 million during H1 FY21 from £870 million during H1 FY20.

Having suspended the dividend payment in the financial year, the Group has resumed dividend payment by declaring an interim dividend of 6 pence per share. The housebuilding company has delivered more than 4 per cent price return on a YTD basis. Shares of RDW last quoted at GBX 596.50 on 4 March.

To conclude, these FTSE housebuilding stocks can offer excellent value and possess significant potential for the future.