Hilton Food, Tate & Lyle and ABF: Should you buy these food stocks?

The UK government has struck a deal with CF Industries, a US-based CO2 producer, to continue the supply of CO2 gas until early 2022. The deal meant for the food and beverage industry will give the government and companies enough time to look for an alternative source for CO2 gas.

CO2 gas is widely used in the food and beverage industry to keep food fresh, in fizzy drinks, and stun animals before slaughter. CO2 gas is produced as a by-product while producing ammonia, which is used as fertilizer, but due to the recent rise in gas prices, producing fertilizer became unprofitable for the CF Industries, and the company decided to shut down two of its plants leading to CO2 shortage in the country. CF industries produce over 60% of the UK’s commercial requirement of CO2.

Nevertheless, even though the new deal would avert the carbon dioxide crisis in the industry, firms will now have to pay higher prices for CO2 gas, which will put an additional burden on their revenue and profitability. 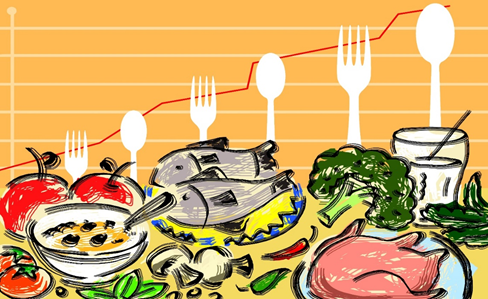 Let us explore 3 stocks from the food and beverage industries and the impact of the deal on their share price performance.

The company’s revenue stood at £1,710.7 million, a rise of 32.1%, while the adjusted operating profits were at £39 million during the 28 weeks to 18 July 2021 period. The higher revenue was primarily due to volume growth in the Australian market, mainly in fresh food and fish categories.

The company opened its food facility in New Zealand during the period and has also agreed to acquire the remaining 50% stake of its joint venture partner Dalco Food, which is a leading vegan and vegetarian product maker. The acquisition has received clearance from the Dutch competition authority.

The company operates as a diversified group offering grocery, agriculture, and ingredients products through various household brands like Twinings tea, British Sugar, and many more.

The company has a steady demand for its products as many of its products are used on a daily basis. The company is expecting its operating profits to surpass the market expectation in the fourth quarter. The strong cash-generating capability of the business and excellent working capital management could help to improve its net cash position.

The company is scheduled to announce its full-year result on 9 November 2021 for the financial year that ended on 18 September 2021.

The company operates in the food and beverage industry, supplying key ingredients and solutions to other companies. It has operations in over 30 countries and also has other businesses like Sucralose production, corn syrup and insurance segment.

The company has created two standalone businesses in July 2021 to re-position its business operation and focus on business growth. Tate & Lyle will focus on speciality markets of healthier food and drink within the food and beverage industry to benefit from growing global demand and strengthen customer relations, while another division, NewCo, will focus on plant-based food products. Also, NewCo operations will be managed by the KPS Capital Partners following a controlling stake sell by Tate & Lyle.