The global crude oil market was taken by surprise early on in 2020. So far, the WTI crude oil benchmark 1-month future prices have already fluctuated over a wide range of US$80 per barrel recovering from the Black Monday of 20 April to settle at US$41.06 a barrel on 9 October 2020.

Must Read: US stockpiles Dry up, a big boost for oil prices. Is oil headed higher from here?

Crude Oil in the undulating market

While the demand resurgence seems prolonged, the OPEC+ members have been cutting down on the crude oil production to combat the prevailing oil glut issue. During the September JMMC meeting of OPEC+ members under the chairmanship of Russia and Saudi Arabia, strong signals were sent to the member countries to adhere to the supply cuts. The supply restrictions are expected to stay in place in October further stabilising the oil prices. 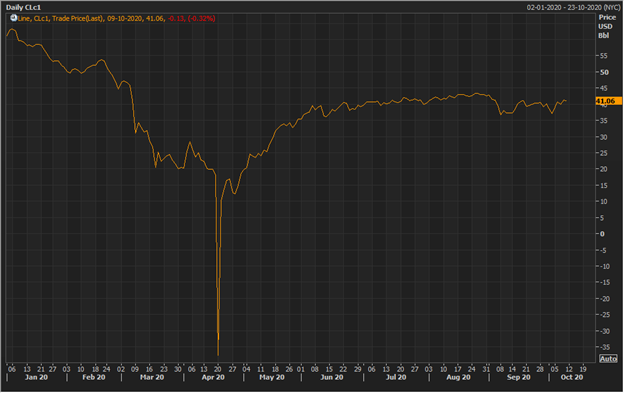 New Zealand’s production stood at 4.46 million barrels of crude oil during the first half of 2020 while the demand aggregated to 24.63 million barrels during the same time period. Most of the domestic production is sourced from the Maari and Pohokura oil fields. New Zealand is home to committed oil players such as the ones discussed below.

The company operates across New Zealand, Australia and Indonesia. During FY2020, New Zealand Oil & Gas reported gross revenue of NZ$37.27, experiencing a drop of 13.97% against the previous year. The total comprehensive profit for the year stood at NZ$ 0.888 million, a drop of 89% from NZ$8.151 million in FY19.

Interesting Read: LNG in a Hive of Activity, Contango as Winter demand Beckons

The company received processing fee revenues of NZ$23.7 million during July-August 2020. The gross refinery margin (GRM) for the same period stood at US$-4.18/ barrel due to shut down and restarting of the refinery operations. The YTD (as of 31 August 2020) GRM for 2020 at the end of September stood at US$1.2 per barrel against US$5.34 in 2019. The company targets to earn processing fee revenue to remain at the fee floor for the remaining months of FY20.

Suggested Reading: How Are Global Crude Oil Giants Responding to the New Normal?