The NZ housing market has been running red hot even after many speculations of slowing house prices.

The REINZ monthly Property report for July showed that NZ median house prices rose 25.2% to $826K in a year. However, the monthly rise in house prices was 1.3% compared to the month before.

An ASB Housing Confidence survey stated that 59% of respondents anticipated house prices to continue to rise, though 54% anticipated interest rates to also rise. Recent changes taken up by the government and new regulations have only marginally affected the market. 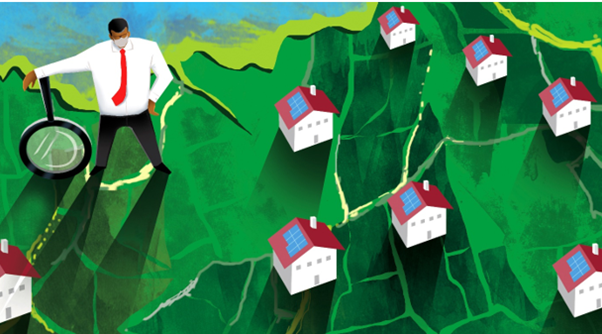 Amid this backdrop, let’s have a look at how these 5 NZX-listed REIT stocks are performing.

Goodman is involved in investing, managing and owning industrial property.

GMT reported on 5 August that its primary syndicated bank facility had been renewed at new, more competitive margins, while S&P Global Ratings had confirmed its credit rating at BBB/stable.

DO READ: Could these 5 NZX small-cap stocks be considered for long term?

Precinct is the biggest developer and CBD specialist with major investments across commercial office properties in NZ.

NZX Operations announced on 9 September that Precinct Properties New Zealand Limited Convertible Notes will be converted into PCT ordinary shares on 27 September. The share numbers into which each holding of Notes transforms will be defined by dividing their Principal Amount by the Conversion Price, due to be announced on 20 September.

The last day for trading in PCTHA will be 15 September.

Property for Industry is focused on the industrial sector.

PFI posted record results for the half-year ended 30 June 2021, recording a profit after tax of $273.5 million and fair value gain on investment properties of $248.2 million, up $15.6 million and $7.8 million loss in the prior interim period, respectively.

RELATED ARTICLE: What to expect from bond and equity markets after RBNZ hikes interest rate

The Board approved a dividend of 1.8cps, which was paid on 7 September.

Shares of Property for Industry dropped 0.17% in trading on Monday to close at $2.95.

Argosy is amongst the largest property investment vehicles.

On 30 July, Argosy renewed its bank facilities with ANZ, BNZ, HSBC, CBA, and Westpac, with the total amount now at $455 million, down from $490 million before.

DO READ: What are Fletcher’s (NZX:FBU) strategies ahead?

Stride Group is engaged in retail and industrial property across NZ.

On 13 September, Stride Property announced that its subsidiary, Fabric Property, had lodged its product disclosure statement related to its IPO and was likely to begin trading from 6 October. The Company is planning to raise between $250 million to $290 million.

ALSO READ: How are the 5 NZX infrastructure stocks faring amid COVID-19 pandemic?

The Group also intends to form a new office fund by way of a demerger and the NZX listing of Fabric.