New Zealand’s travel sector is brimming with confidence as the country has opened its borders to visitors from around 60 visa-waiver countries.

Without any isolation requirements, vaccinated visitors can now travel to Kiwiland with a pre-departure test and then self-test on arrival.

These 60 visa-waiver countries include the US, the UK, Singapore, Canada, Germany, Japan and South Korea among others.

Thousands of international passengers are reaching the Kiwi shores today by around 25 flights at Auckland, Christchurch and Wellington international airports. 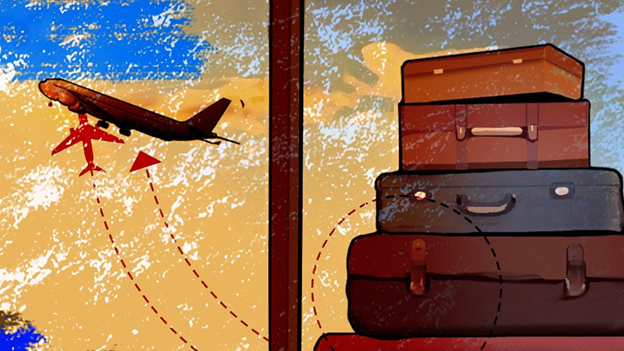 Listed in 1986 on the NZX, Tourism Holdings Limited is a leading provider of holiday campervans across Australasia and the US. Today, the Company has announced the completion of selling its Mighway and SHAREaCAMPER businesses to Camplify Holdings Limited.

The said deal had been fixed at AU$7.37 million and will help THL maintain its presence in the peer-to-peer sector across NZ as well as derive leveraging benefits of scale that Camplify has attained in Australia.

A few days ago, Auckland International Airport Limited shared its monthly traffic update for February 2022 and had also given insights into March's traffic preview.

Also Read: Are these 3 NZX travel stocks ready for a rebound? A peek into AIR, AIA, SKO

Further, it was noticed that during early February, domestic demand was high but owing to the Omicron outbreak, the same gradually saw a drop in numbers; however, the situation started to improve towards March-end as the infection rate started to dip.

Moreover, due to the removal of isolation requirements for arriving in Kiwiland, a rise in the international passenger demand was witnessed in March.

Under the said offer, interested eligible shareholders will receive the right to subscribe to two new shares for every one existing share held in AIR on 5 April 2022, at NZ$0.53 per new share as its offer price.

New Zealand’s travel industry is filled with enthusiasm owing to the relaxation of the nation's borders as the move will witness a gradual increase in visitor numbers, thereby giving a much-needed boost to Kiwi tourism.