People work hard in their prime and plan for a smooth retirement during old age.

After retirement, most people want to pursue their dreams like travelling around the world, pursuing hobbies, or just being at peace with themselves.

However, one thing which bothers them constantly is the lack of steady flow of income after retirement, which becomes the biggest concern, and to achieve that they want to invest wisely.

While investing in stock markets, one can put aside a part of their income or earnings in those stocks which are low-risk and guarantee a regular, as well as a reliable income even after one has retired from the active work life. 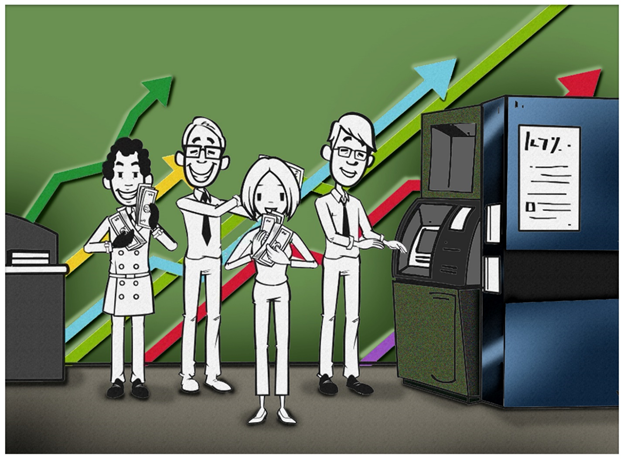 Let us now look at the 5 NZX-listed dividend-paying hot stocks that are beneficial for the retirees.

Scott Technology Limited (NZX:SCT) announced an interim dividend of 2.0 cps, to be paid on 10 May 2021, along with the Dividend Reinvestment Plan, which has been set at NZ$2.4791 per share.

Scott Technology witnessed a strong H1 FY21 result with revenues at $104.5 million, up 5%, and EBITDA stood at NZ$11.2 million. The Company’s NPAT was recorded at NZ$4.7 million during the period.

It continues to focus on its systems, technology, products, and service to enhance the Company’s values.

New Zealand-based entity CDL Investments New Zealand Limited (NZX:CDI), a company in real estate development activities, has notified on the final dividend of 3.5 cents per share, which will be paid on 14 May 2021.

The Company recently agreed to sell its3.8320 hectares of land located in Wiri to Fernbrook Property, settlement of which would be done in January 2022. The sale proceeds would be used for future land acquisitions and growth.

It is noted that CDI witnessed a remarkable performance with its PAT standing at NZ$30.1 million in 2020, even under times of uncertainties. Also, its shareholders' funds climbed to NZ$257.1 million towards the end of 2020 as compared to NZ$235.5 million recorded in 2019.

Just Life Group Limited (NZX:JLG) had paid an interim dividend of 1.0 cps to its shareholders on 19 March 2021.

JLG is rapidly eying at strategic future acquisitions to enhance its brand value. With its recent acquisition of The Cylinder Guy and the proposed acquisition of About Health’s businesses, the Company is all set to augment its growth and increase its shareholder’s value.

Summerset Group Holdings Limited (NZX:SUM) paid a final dividend of 7.0 cps to its shareholders on 22 March 2021.

The retailer functioning in both Australia and New Zealand, Kathmandu Holdings Limited (NZX:KMD; ASX:KMD) is all set to pay  2.0 cents per share to its stakeholders as an interim dividend/distribution on 4 June this year.

In spite of travel restrictions and lockdowns, the Company has posted an impressive 1H FY21 performance. Its consolidated NPAT climbed tremendously to NZ$22.3 million as compared to NZ$7.6 million in 1H FY20. Also, KMD’s sales rose to NZ$410.7 million during the period.

Both its brands- Rip Curl and Oboz achieved strong sales thereby, increasing the profitability as well as brand value of the Company.