New Zealand is one of the most favoured holiday destinations across the world, because of its beautiful natural sight, weather and amenities that make it a traveller’s haven. With its famous Polynesian and Maori Culture, architectural and natural wonders, delectable cuisines, and several interesting things to do, experiences to undertake, a major part of the country’s economy is maintained through tourism. 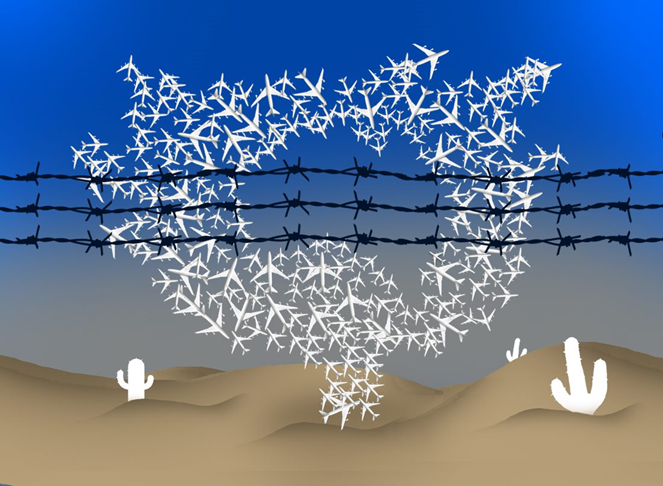 Going by the statistics, it is the tourism industry that has taken a direct hit by the COVID-19  pandemic. It is not only about New Zealand but across the globe that tourism is the worst hit industry due to restrictions on cross-border movement. With the  international borders closed for most part of the previous year, international tourism has been in the worst condition and might take time for its recovery.. it maybe noted that tourism makes up for a huge part of the economy of a country. However, in New Zealand the domestic tourism is partly offsetting the loss. The situation is likely to improve with lifting on travel restrictions and the movement of international tourists will start.

What kind of efforts did the NZ government make?

With the Trans-Tasman bubble opened between New Zealand and Australia in April 2021, things started getting a little better in terms of tourism. The Country also urged people to travel locally, promoting tourism and giving the much required boost to the economy. Another effort in the same direction was the Cooks Island Bubble which meant further travel opportunities for people without having to quarantine.

Don’t miss: How are these 6 NZX stock prices moving amid the trading session?

What kind of stocks were hit the most?

From airlines to hotels to product manufacturers related to travel there are several sections of the industry that witnessed the effects of the pandemic.  Hotels and restaurants have also borne the brunt of the lockdowns, related to different tourist destinations, which saw no travellers due to the lockdown.

While there are currently several efforts being made to help restore the industry, globally, lets cast a glance at what the current situation with the travel and related stocks is and whether they have made any progress recently. Let’s have a look at these company’s latest announcements to infer how they have fared of late.

Don’t miss: Is NZ Tourism Industry Ready For The Influx Of Tourists Post The Commencement Of TransTasman Bubble?

This NZX listed airport is known to be one of the busiest in the country offering excellent connectivity to various parts of the world. Offering its monthly traffic update and preview for June 2021, the Company announced that there was an increase of 747.1% in terms in customer volumes. The reason for growth has been directly linked to the Trans-Tasman bubble between the two countries which meant boost to international travel.

One of the primary airlines in the country, Air New Zealand happens to witness as many as 17 million passengers each year. The previous year however was full of turmoil for it in lieu of the travel restrictions. In its latest announcement, the Trans-Tasman based quarantine free travel has been put on hold for a period of 8 weeks. This is because  of the increase in number of COVID-19 cases found in parts of Australia. It was further warned that this move could have temporary effects on business in terms of finance and operations.

Sky City manages different kinds of bars and restaurants as well as works as a casino operator the Company is listed in both New Zealand and Australia. Recently it has announced that the Adelaide casino shall remain closed up till 6:00 PM on 27th July 2021. This came after the announcement by the South Australian government about a 7 day lockdown in Australia following the cluster found.

Don’t miss: Which were the most active 10 NZX stocks today?

Offering state of art clothing and gear for adventure travel in New Zealand, Kathmandu holdings witnessed its own share of losses due to the suspension of international travel due to the pandemic.midst the  new restrictions laid out by the Australian government the store has suffered closure for 40 of its stores for at least a period of two weeks in New South Wales. Previously coma Victoria had witnessed the closure of 62 stores in the beginning of June 2021 due to same reason. In lieu of these conditions the company has issued guidance for earnings of  $NZ930 million and  EBDITA of NZ$120 million respectively.

The Company recently announced its intention to release the Full Year Results for FY21 on 26 August 2021. Furthermore, Jo Hilson has been appointed the Chief Technology Officer of the Company, who shall bring over 20 years of dedicated experience in various senior digital roles.

Read now: What are retail shares? Who are the best retailers on NZX?