Let us walk through the five latest updates from Kiwiland, which are grabbing the attention of NZers. 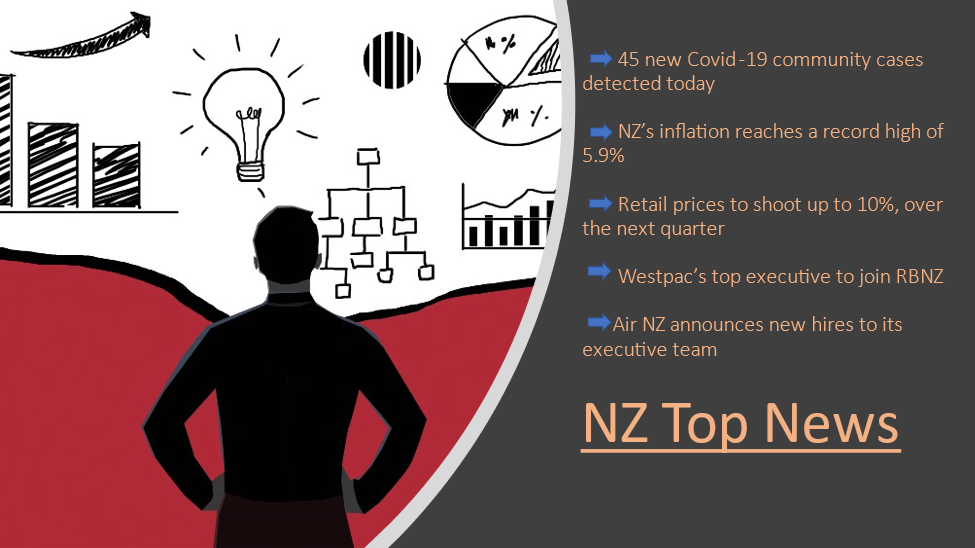 COVID-19 continues to spread in the community

In a significant milestone achievement, NZ health officials have stated that over four million first doses of the COVID-19 vaccines have been given to Kiwis aged 12 years and above.

The main reason is being attributed to the housing and household utilities group, where construction prices and rentals are continuously increasing.

It is noted that numerous other OECD countries too are witnessing a spike in their inflation rates.

Retail prices can shoot up to 10%

Retail NZ has mentioned that the country’s retail prices could go as high as 10%, owing to increased inflation rates, pressurising the retail market, thus passing increased costs to customers.

A recent survey among Retail NZ members suggests that average prices could surge around 7% to 10% over next quarter.

Karen would soon join the Reserve Bank of New Zealand and take up the role of assistant governor. He would oversee the economics, financial markets and banking segments at the bank.

In order to oversee the airline’s operations and transformation activity as it prepares for the recovery of air travel in the country, AIR will be joined by Alexandria Marren as its Chief Operating Officer in late March, while Williams will take charge as Chief Transformation & Alliances Office from 1 February onwards.