With the start of a new week, let us skim through the latest happenings around the Kiwi nation. 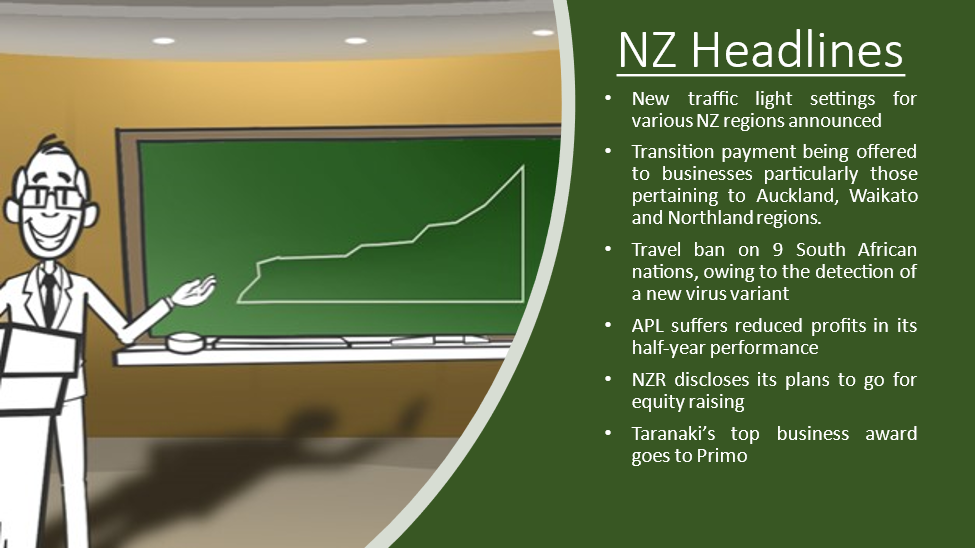 The NZ government has announced new traffic light settings lately. Regions like Auckland, Northland, Whakatane, etc., will move into red, while parts of North Island and all of the South Island to go into the orange zone.

These would be reviewed in two weeks and again on 17 January.

Transition payment being offered to businesses

The Kiwi Government will provide transition payment to those businesses which will be impacted as the country move to a new traffic light framework, particularly those pertaining to Auckland, Waikato and Northland regions.

The said payment would be NZ$4000 per business.

After the detection of a potentially dangerous new COVID-19 variant, Omnicron, in South Africa, the Jacinda Ardern-led government has announced a travel ban from the nine southern African countries, namely South Africa, Zimbabwe, Mozambique, Seychelles, Namibia, and others.

A Quick Read: Where to travel as COVID-19 continues

It is noted that only Kiwi citizens from these countries are allowed to travel to New Zealand, with mandatory 14-day isolation in MIQ facilities.

Must Read: Do 5 NZX penny stocks have the potential to turn into multibaggers?

Its profit after tax dropped to NZ$2.52 million from NZ$11.53 million of the preceding period, majorly on account of its businesses being significantly impacted by the pandemic.

In spite of these, APL showed resilience and managed to declare a quarterly dividend of 0.45 cps, payable on 14 December.

NZR discloses its plans to go for equity raising

The New Zealand Refining Company Limited (NZX:NZR) revealed its plans to raise around NZ$43.5 million to support its new venture as it commences its terminal operations from next year onwards.

It will be utilised for private storage services.