How would a strong NZ dollar impact these 10 NZX stocks?

The Kiwi dollar has been gaining ever since the central bank hinted that it could raise the interest rates in September. The hawkish stance by the Reserve Bank and news of economic recovery made the NZ dollar gain more than 1% to a three-month high.  The NZ dollar is in focus these days. The NZD was slightly higher versus its US counterpart this morning.

The Kiwi dollar has been hovering in the range of  $0.6963.  A strong dollar means that economic data affirms faith amongst the investors.   Even though it slipped slightly in anticipation of announcement from the FED on Wednesday and Chinese crackdown news, it held pretty strong.
Also Read: Kiwi & Aussie dollars recover lost ground, stand firm against USD

The strength in the Kiwi dollar has been there for sometime and it’s likely that the trend will continue. The NZ dollar and its counterpart, the Australian dollar, are seen as `risk currencies’.  Both of these currencies are sensitive to commodity prices and tend to do well when people are optimistic about economic outlook and become weak when the mood turns cautious. 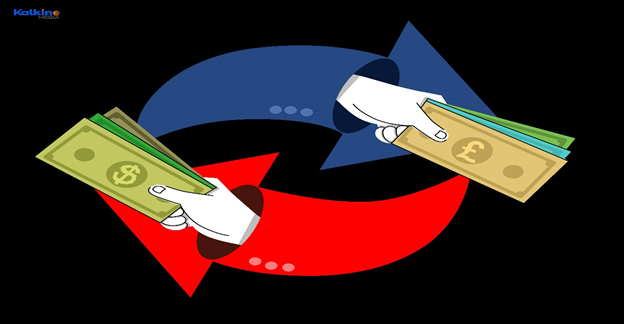 What does a strong dollar mean for the stocks?

A higher NZ dollar means that the country is doing well and has a greater buying capacity in the international markets.  So if the currency is strong the sectors which depend on imports gain a lot.  In other words, those companies that are dependent on imports definitely gain when the dollar is strong. Oil and gas sector is dependent on the import of crude, retail that imports goods from other countries, travel, and tourism. On the other hand, the exporting companies would prefer a lower currency.  A strong dollar also has an impact on investors’ international holdings. For instance, if Apple share is rising but the USD is falling, a local holder of shares would win on the one hand and lose on the other.
Also Read: NZD and AUD Hold On To Gains As Commodity Prices Move Up

In other words, a rising dollar can have a good or bad impact on companies. Let us look at some companies and the impact of the rising dollar on them.

This is an oil company that imports fuel and supplies to both retail and commercial clients like airlines, shipping companies, trucking companies, and mines etc. ZEL now also has a stake in Refining NZ. It imports fuel and the stock was up 2.89% at NZ$ 2.94 on Wednesday.
Do Read: Amid COVID-19 instability, would these 4 NZX dividend stocks pay steady yield?

WHS is one of the leading retail groups with six brands and is worth NZ$3 billion. The Group has been performing well due to offtake in consumer spending as well as improvements in Company operations. But the rising dollar has also been supporting the strong performance of the group. The stock was trading flat at NZ $ 3.440 at the time of writing.

This is a food retail company that is a corporate franchisee for global food chains like KFC, Taco Bell, Pizza Hut and Carl’s Jr with more than 286 outlets throughout Australia and NZ. It caters to 120k customers on a daily basis, globally.  The stock was up by 0.50% at NZ$15.630 at the time of writing.

It is dual listed Company that operates the Auckland International Airport. It has three divisions—Aeronautical, retail and property.  Despite less international tourists, the stock was up by 0.56% at NZ$ 7.140 at the time of writing.

Also Read: Weekend wrap: Look at 10 most traded stocks on the NZX

It is a NZ-based gaming company that operates in tourism, leisure and entertainment sectors. It is the main casino operator in Australia and New Zealand. The stock has been on an upward swing for some time now. It was trading up by 2.52% at NZ$ 3.250 at the time of writing.
Do Read: How shares may react after SkyCity’s (ASX:SKC) FY21 earnings guidance

It is the flagship carrier of New Zealand. It has been operating international and domestic flights  and used to carry 17 million passengers per year in pre-COVID times. The stock has been trading up by 1.65% at NZ$1.500 at the time of writing.

This Company offer a wide range of products and services in the agricultural that make them the key suppliers of agriculture sector. Some of these products are imported so the stock has been rising. It was up by 0.87% at NZ$3.470 at the time of writing. Also Read: How can one invest in farming? Which are the 5 popular NZX-listed agricultural stocks?

Stocks that might have a negative impact of a strong dollar

This is a major healthcare exporter. So far it has been gaining because of the strong demand for its respiratory equipment during the Coronavirus pandemic but due to strong dollar it may be negatively impacted. The stock was down by 0.09% at NZ$31.830.
Do read: 10 ASX dividend stocks for NZ investors

Mainfreight is a global supply chain company that has 250 branches worldwide.  The logistics provider offers freight forwarding services throughout the world. The stock was up almost 1% at NZ$79.30.
Also Read: Which are the biggest freight & logistics stocks on the NZX?

A strong currency is good for overall economy, there are some companies that might want a weaker currency but a weak currency in New Zealand reflects a negative economic outlook.  weaker strong currency certainly isn’t all bad. However, one thing is for sure, the currency doesnot remain high or low in a sustained way.