S&P/NZX All Energy ended the session in red as there was a decline of 1.98% while S&P/NZX All Information Technology witnessed a rise of 1.20%. We will now have a look at the performance of some individual stocks.

The following image provides a broad overview as to how the share price of PPH has trended in the span of past one year: 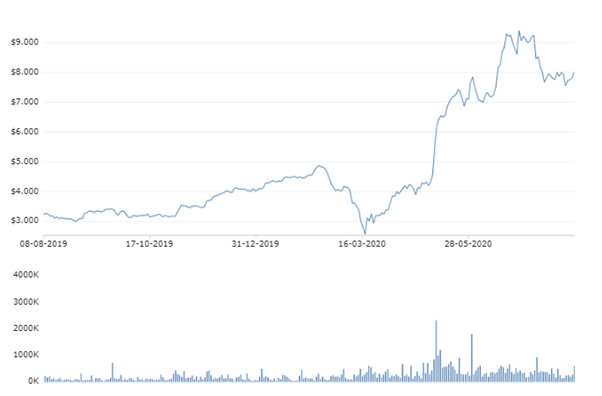 JLG Ended the Session in Green

Geneva Finance Limited (NZX: GFL) has made an announcement about appointment of Daran Nair to the position of Non-Executive Director. This became effective on 3rd August 2020.

Over the past few years, Daran has been helping clients in several complex commercial matters. Notably, Daran is holding multiple other directorships. Daran would be standing for the election by shareholders at Annual Shareholder Meeting in the month of September. As per the release, the Board has determined that Daran is an independent director.

It has been announced that Robin King has been elected to take over the position of Chairman.