The Labor Party has returned to power in Australia after almost a decade with a vow to accelerate Australia’s fight against climate change. Australia is among the top per capita emitters in the world, and it looks like the Aussies have elected Anthony Albanese to end the inaction of the previous regime on carbon emissions.

The 2022 election was interesting as many independents managed to clinch a win against the heavy lifters of the Conservative Party. The Green party and several of the independents were successful in cashing in on the anger of the Australian voters after a series of climate change disasters, including bushfire of 2019, severe floods and damage to the Great Barrier Reef.

“We will end the climate wars”, the newly elected prime minister said in one of his speeches.

Australia is endowed with an abundance of natural resources. For decades to come, resource exports are likely to keep contributing to the country’s GDP. The new Australian leader puts impetus that Australia should do more than simply export them overseas and import them as finished goods.

Video embed: “The Liberals have no plan to battle the climate emergency” – Zali Steggall

During his campaigns, Anthony Albanese said that his government will invest AU$1 billion in producing value-added goods from Australian resources as part of the National Reconstruction Fund if Labor Party came to power.

He had stated that metals like lithium and nickel - critical components of batteries that will power future automobiles – which Australia exports to other countries, would be processed in the country and sold globally.

Related read: Why is Climate Change important to address?

Along with the economic benefits, Anthony Albanese’s plan is expected to lower Australia's emissions by 43% by 2030, keeping it on track to achieve net-zero emissions by 2050.

He said before the polls that Australians need a strategy for securing the country's future by maximising the benefits of new technology, lower-cost energy, new job possibilities, and lower-cost low-emission vehicles.

The salient features of the Powering Australia plan to boost renewable energy are:

The National Greenhouse Gas Inventory September 2021 quarterly report shows that one-third of Australia’s emissions comes from the electricity generation sector. In year 2021, the sector contributed 32.4% to the total emissions. In 2015, the contribution of electricity generation was around 35.3%. The reduction in emissions level is due to increased share of renewables in the energy mix. 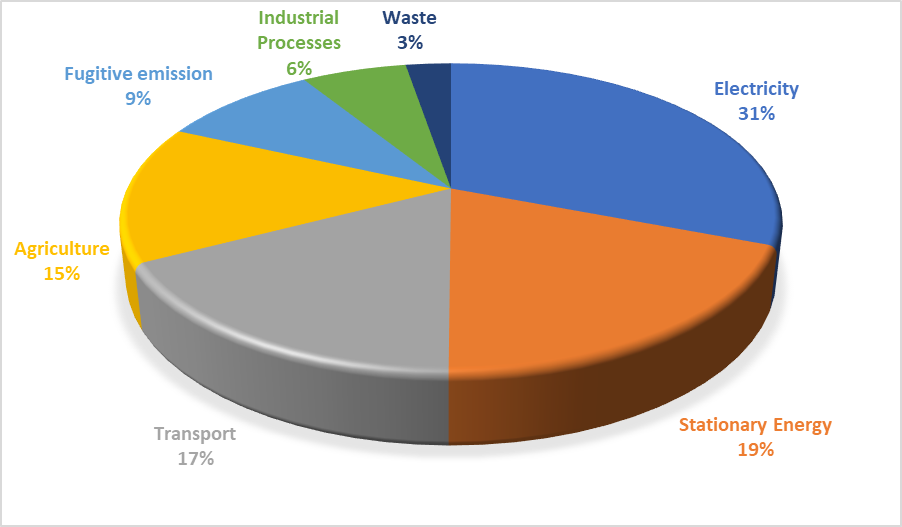 Contribution by sector in 2021 (Data source: Department of Industry, Science, Energy and Resources)

Related read: What to expect from a future of climate change?

Revamping these two sectors alone could reduce the carbon levels drastically and can help Aussies to achieve their net-zero emission target by 2050.