As the crypto space reels under the pressure of a bearish crypto market, another scandal seems to have rocked the crypto market. On-chain analyst zachxbt on his Twitter account revealed that Michael Patryn is the Chief Financial Officer behind the DeFi project Wonderland.

Patryn also happens to be the co-founder of the notorious Canadian crypto exchange QuadrigaCX, and he along with founder Gerald Cotten left many investors penniless after scamming them of US$190 million. The impact of the revelation was felt almost immediately as the Wonderland crypto, which is governed by its native token TIME, was down by 33.71% at the time of writing. 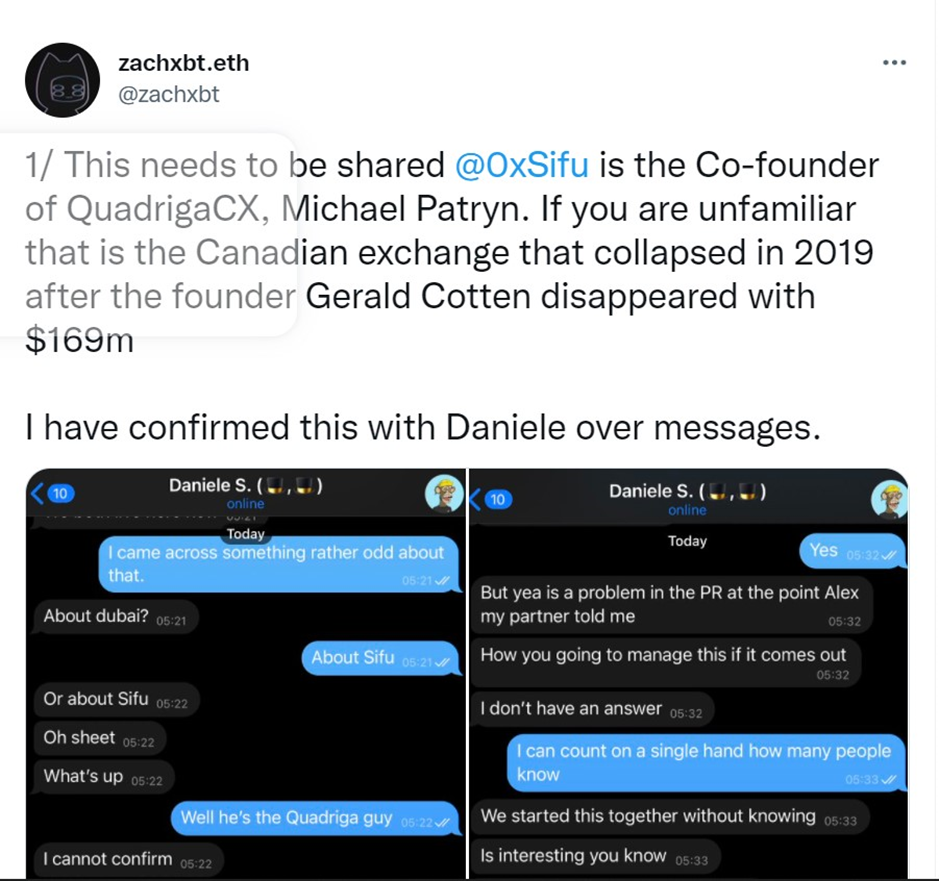 zachxbt shared a screenshot of a conversation that happened between him and Daniel Sestagalli, the founder of the Wonderland crypto, during which the identity of the mysterious OxSifu was discussed in relation to Patryn. 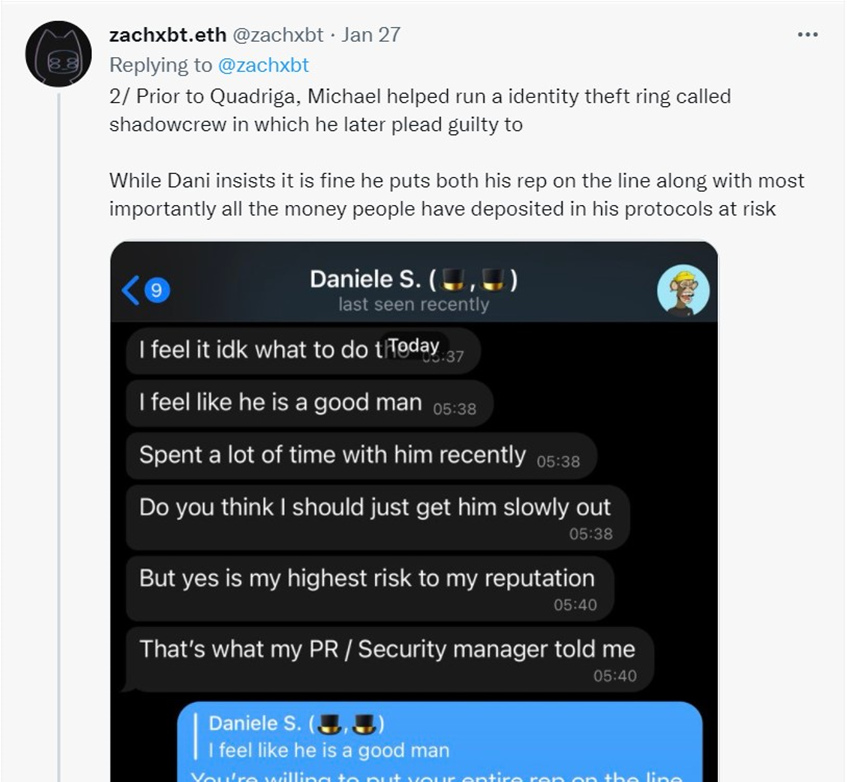 Having said that, while Sestagalli did confirm the conversation between him and the on-chain analyst, he did not directly point to Patryn as OxSifu. Sestagalli hinted that the allegation against 0xSifu will circulate, and an individual’s past doesn’t necessarily determine his future.

However, in a later statement, Sestagalli pretty much confirmed it was true, stating he felt it would be right for Patryn to step down from the position of treasurer till a vote for confirmation.

Pressure to step down

All could depend on how many votes Patryn can garner to be reinstated into the Wonderland team. The vote will end on 29 January, however, it is believed that Patryn has already prepared to leave the project. Informing about it on Wonderland’s Discord channel, Patryn said he is not confident that the vote will pass and is indeed heartbroken to leave the Wonderland project.

Prior to the Wonderland project and QuadrigaCX, he was also accused of and sentenced to 18 months in the US for being involved in identity theft related to bank and credit card fraud in 2005, when he was just 22. He later pleaded guilty to separate charges of burglary and computer fraud.

Well, the revelation has severely dented the investors' confidence in the Wonderland project and that is visible with it being down by 33.71%. The coming few weeks will be critical for this DeFi project as they would hope to weed out any possible chances of such mishappening and reviving customer confidence to ensure to win back some momentum and reduce the losses incurred due to this news.