Here are 5 of the most expensive NFTs sold till date

The growing NFT craze can be perceived as a digital revolution, or at worst, an outrageous trend that has been blown out of proportion. Much of the value attached to NFTs comes from their inherent quality of serving as collectibles to the owners, which explains why they come with a huge price tag.

However, critics have debated the uniqueness of NFT artworks that are sold for millions of dollars. The fact that anyone can download an NFT artwork has made them less desirable for those in favour of holding a collectible that is, at the very least, tangible.

Which are the most expensive NFTs sold till date ?

Despite ongoing criticism, the NFT marketplace is no joke, as investors have been shelling out millions of dollars just to own these digital assets. Therefore, the popularity of these unique tokens cannot be undermined.

DO NOT MISS: What are Non Fungible Tokens or NFTs ?

Keeping in tune with the NFT trend, many companies have released their own set of tokens, with some forming their own crypto-based gaming universe allowing individuals to jump on the bandwagon. At the same time, many digital creators have utilised this growing fad by creating exclusive, meaningful pieces and auctioning them off in the NFT market. Overall, the NFT arena can be largely understood as a mix of distinguishable artworks, fan-based tokens and ever-so-popular meme-based tokens, all of which fulfilled the criteria of becoming some of the most expensive tokens.

ALSO READ: How to mint money with NFTs?

In tune with this, here is a closer look at some of the most expensive NFTs sold till date:

Topping the expensiveness chart, Beeple artworks have long been some of the priciest digital creations sold in NFT markets, with “Everydays: The First 5000 Days” ranking the highest at US$69.3 million. The JPG file is a collage of all the images created by Mike Winkelmann, aka Beeple, and has broken the record for the most expensive digital artwork sales. 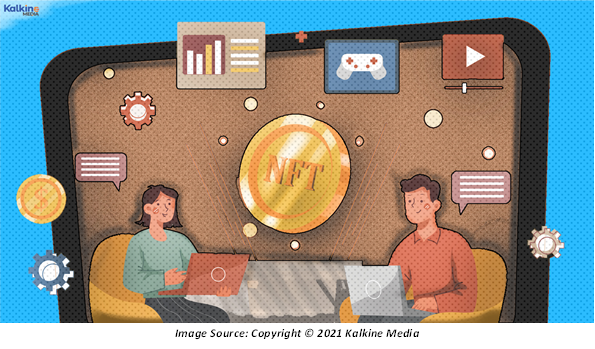 Taking the wackiness meter one notch higher is the Cryptopunk series, which comprises 9 aliens with each being sold individually. Cryptopunks have an available stock of 10,000 punks of which just 9 are aliens.

The strikingly bizarre feature of these NFTs is the fact that they are all pixelated images, with each character having an unusual feature or accessory like a medical mask, a hat or a pipe. The most expensive Cryptopunk sold to date is Cryptopunk #7523, which was priced at US$11.8 million, as stated by the auction house Sotheby’s. Following Cryptopunk #7523 is Cryptopunk #7804 at a price of US$7.56 million.

NFTs have redefined what it means to be a joke floating over the internet. While memes have long been popular, they had never been brought to the marketplace with a price tag. One such evergreen meme has been the image of shiba inu dog, Kabosu, titled the Doge meme.

The meme has been sold as an NFT for US$4 million. However, those interested in owning a stake in the NFT can now get their share for as low as US$1. This has been made possible through the meme token’s current owner PleasrDAO, which is fractionally selling ownership of the NFT.

Possibly the most meaningful representation of the internet is the “This Changed Everything” NFT, which holds the source code for the world wide web. The NFT has been created by Sir Tim Berners-Lee and has been sold for a massive price of US$5.43 million.

Image Description: The NFT This Changed Everything sells the source code for the world wide web.

The NFT has been deemed as a historical artefact as it holds the timestamped documentation outlining the creation of the internet, the medium without which much of modern-day life is unimaginable.

Fan tokens have been a growing craze in the digital asset marketplace. The NBA has also jumped on the bandwagon to produce vintage-style player-based collectibles with its unique feature being that they are now available in the form of video highlights.

The most expensive NBA Top shot is a video highlight of LeBron James where he can be seen making a dunk that cemented his legacy and brought him his fourth NBA title. The NFT was sold for a price over US$210,000 and is currently priced at a jaw-dropping US$155,000.

INTERESTING READ: Looking for an NFT-based business? Here are 10 ideas