The year 2021 was a year dominated by cryptocurrencies, so much so that a few nations announced a ban on cryptos and a few hotly debated regulating their trade.

Now, as we step into 2022, the crypto market will likely enter a new phase. This phase will be less about altcoin vs. Bitcoin debate, and more about Bitcoin vs. USD. Speculative trade in Bitcoin can only last for a little more time. Eventually, Bitcoin has to become what was always envisioned by Satoshi Nakamoto – a legal tender that could either work alongside the US dollar or even go as far as replacing it completely.

That said, there is likely enough time for crypto enthusiasts to speculate on the value of Bitcoin, before it stabilizes in the light of Bitcoin ultimately making inroads into the legal tender space. Today, let’s find out how Bitcoin is different from USD.

Bitcoin vs. USD – Back to the basics

Bitcoin is underpinned by blockchain, the dollar isn’t.

Bitcoin is basically a digital currency that can be transferred using distributed ledger technology.

Can the USD also be transferred digitally? Yes, but, as of now, it is not on distributed ledger.

Bitcoin started in 2009. In its initial days, it had little value. It is said that Hal Finney, a developer, was the first recipient of Bitcoin after he contributed to the underlying proof-of-work consensus mechanism of the network.

The US dollar, on the other, has a long illustrious history. The 18th century Coinage Act established the USD, when it was pegged to the Spanish dollar.

Had it not been for the regulation part, there is no point discussing Bitcoin vs. USD. Bitcoin’s biggest unique selling proposition (USP) is the absence of any regulatory authority. The US Federal Reserve System, which is the regulator for the USD, has no control whatsoever over Bitcoin. This is due Bitcoin’s underlying blockchain tech that has decentralization at its heart.

The US dollar is regulated by the central bank because a free supply of the greenback can lead to a range of issues. For example, if there are enough US dollars floating in the economy, the spending capacity of people will rise beyond limits. Enough money can lead to high prices as the supply will never be able to meet the demand. In contrast to this, a low availability of the US dollar can lead to a dearth of capital for private businesses. This can deal a severe blow to job creation and economic growth. 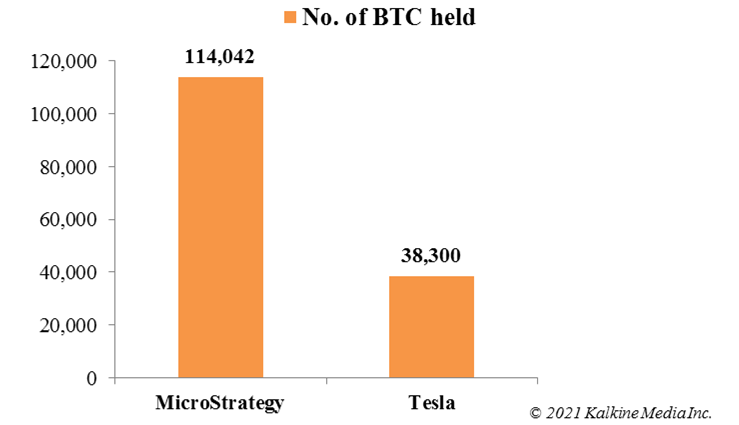 For now, the backers of Bitcoin are steering clear of the debate over how Bitcoin’s unregulated supply can become an economic problem. Bitcoin will have a limited supply of BTC tokens but their movement from one party to the other would still be unrestricted. This is what can lead to either too much liquidity or too little liquidity. The absence of regulatory oversight over Bitcoin has yet to be fully understood and the dust shall settle only when more countries make it a legal tender.

Does Bitcoin have a guarantee?

The US dollar is a fiat currency. The latter term means that the issuing government guarantees payment to the holder of a USD banknote.

In Bitcoin, such a sovereign guarantee does not exist. It becomes more complex due to the wallet holding thing. Any investor in Bitcoin must store the holding in a crypto wallet. Wallets have a private key for every user. There have been many instances across the globe of wallet owners failing to recall the private key and losing access to stored BTCs.

As Bitcoin is a digital-only currency, there have also been instances of hacking. Though the proponents of cryptocurrencies claim that it is possible to locate any stolen Bitcoin, this remains a controversial part that still ails cryptos. Bitcoin has yet to demonstrate the ability to guarantee the value of holding to the user.

There is little sense in using a currency that does not have wide acceptability.

The US dollar has a significant edge in this category. It is the world’s most powerful currency. Any holder can be certain of its acceptance across the globe. Multiple commodities including crude oil are denominated in the USD. Banks readily exchange the USD for any other fiat currency. In fact, the USD isn’t used as the regular currency in the US, but it is also the sole currency in many other jurisdictions. El Salvador, a country that has legalized Bitcoin, used the USD as it did not have any local fiat currency.

Bitcoin is far from becoming a universally accepted currency. For now, a few big businesses like airBaltic accept Bitcoin from customers, however mainstream adoption remains elusive.

Bitcoin’s acceptance is just in bits and pieces. A ‘Bitcoin-city’ in El Salvador with Bitcoin bonds has yet to demonstrate its success in the long-term.

Bitcoin, for now, remains a tradable asset. For some, it can be digital gold and a hedge against inflation. In contrast to this, the USD is not a tradable asset. The US dollar sits in people’s pockets and is used to make purchases for some good or service. Countries maintain their US dollar reserves in order to have a cushion in cross-border trade, where most commodities are priced in USD.

Bitcoin’s road to becoming such a powerful legal tender is filled with multiple roadblocks. One, the lack of any regulatory oversight makes it vulnerable for economies to have Bitcoin as a medium of exchange. But this does not mean that Bitcoin cannot achieve the feat. Central banks are eying the launch of CBDCs (central bank digital currencies), which are likely to have blockchain underpinning. That way, the digital version of fiat currencies can come with the same decentralized ledger attributes. These currencies may then be pegged to the Bitcoin.

Lastly, Bitcoin – there is a near-consensus on this – makes remittances cheaper and faster. The presence of intermediaries like commercial banks in USD payments adds time and fee. This is one thing that could be the real USP of Bitcoin over the USD.