Xetra is operated by Frankfurter Wertpapierbörse (FWB) which is also known as the Frankfurt Stock Exchange. The technology trading platform enables the users to electronically trade stocks, bonds, range of funds, commodity contracts and warrants.

The Deutsche Borse Group is based in Germany and has headquartered in Frankfurt and is responsible for operating Xetra. The branches of Deutsche Borse Group are located in Tokyo, Beijing, Singapore, Hong Kong, Chicago, New York, Moscow, Zurich, London, Prague and Luxembourg. It is a diversified exchange organisation that offers a range of financial services and products such as a value chain that incorporates listing, settlement, clearing and trading along with other services like liquidity management, portfolio management and so on.

Xetra has the feature to provide flexibility in assessing the depth of the order within the stock market.

Xetra marked the beginning of the electronic trading system across the globe made the platform grew considerably as all the financial exchanges of Frankfurt Exchange (FRA) are conducted through Xetra. FRA is the oldest exchange and comprises notable indexes such as Eurostoxx 50, the VDAX and the DAX. FRA hours begin from 9:00 am and closes at 5:30 pm on weekdays.

The usage of Xetra is not limited to the German market as it is used by stock exchanges that are located in Shanghai, Vienna and Ireland.

What is Xetra DAX?

There is a stock market index of Germany known as DAX 30 that runs on the Xetra platform. Therefore, it is sometimes referred to by the participants as the Xetra DAX. 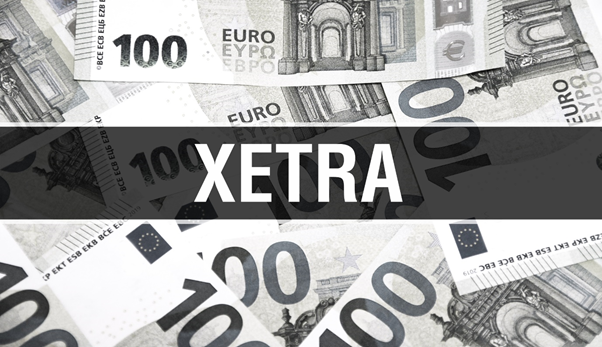 What are the trading hours of Xetra?

Is Xetra similar to Nasdaq?

The National Association of Securities Dealers Automated Quotations (NASDAQ), the US exchange, and Xetra can be considered alike in concept as Xetra is also an electronic platform. The Chicago Board of Trade and New York Stock Exchange are different from Xetra as they are physical exchanges.

On NASDAQ and Xetra, trading is conducted virtually through computers. A link is established between the market makers and brokerage firms (they execute the trade on behalf of the market participants), rather than conducting transactions physically on exchange floors.

How much has Xetra grown?

Xetra marked its beginning in 1997, and since its inception, the daily services of Xetra have grown to 100 million transactions on daily basis across 900,000 securitise across the globe. Brokers across the globe that have licenses can place orders for subscription rights, equities, warrants, exchange-traded funds (ETFs), exchange-traded notes (ETNs), exchange-traded commodities (ETCs) and mutual funds. It is an electronic trading system that has centralised trade clearing which is offered through Eurex Clearing AG.

What is the procedure for buying securities through the Xetra platform?

The procedure of placing the buy and sell order is similar to the procedure used for placing orders on US exchanges. In the beginning, the investors are generally limited to the day orders, but for taking full advantage of the platform, the investor should consult with their brokers for entering into other strategies.

How to trade in international securities by using the Xetra platform?

New and inexperienced investors should acknowledge the fact that regulations of their domestic security markets are different from the regulations of the foreign market. As per the US securities and exchange commission, an investor should assess the differences in the market, information imbalances, lack of liquidity, and currency fluctuations while making the investment decision. In addition to this, the shareholder’s rights of the US market are in contrast with the shareholder’s rights in the foreign markets.

What are other trading systems that are electronic?

SuperDot emerged in 1984, which allowed brokers to send many shares to the floor in a single transaction. To compete with NYSE, Nasdaq launched Small Order Execution System (SOES). The present market is dominated by electronic trading but with greater reliance on electronic trading comes the risk of cybersecurity threats. Government organisations and businesses are at greater risk while the risk to an individual is limited. Similarly, the financial systems are at greater risk as it stores the majority of the information related to credit and debit card payments.

Can Ethereum Surpass Bitcoin In Terms Of Market Cap?

US stocks recover from slump; Dow gains over 300 points

A Look at CLINUVEL Pharmaceuticals- Up 35% in Past Week