Earnings Before Interest, Tax, Depreciation and Amortisation (EBITDA) is a widely applied concept in accounting to calculate a company's cash flow and profitability. As a result, market participants and investors keep a close tab on EBITDA as it helps them make decisions about investments.

Although traditional investors such as Charlie Munger have expressed reservations about EBITDA, it is widely used in markets, and M&A transactions are frequently priced using EBITDA-based valuations such as EV/EBITDA (x).

EBITDA is a financial statistic that replaces revenue, profit, and earnings per share. It also enables us to assess corporate operations and the results of operational decisions. Non-operating items are excluded to arrive at EBITDA.

EBITDA excludes the impact of capital structures or debt/equity, or non-cash expenses such as depreciation and amortisation.

How did Earnings Before Interest, Tax, Depreciation and Amortisation (EBITDA) emerge?

In the mid-1980s, EBITDA was originally recognised as a leveraged buyout metric used by investors to assess distressed companies in need of financial restructuring.

The leverage buyout bankers highly preferred EBITDA as a method of understanding whether a company is capable of repaying its debt within the term or not. Calculating the EBITDA to interest coverage ratio, investors get a hint if the companies can pay interest or not. 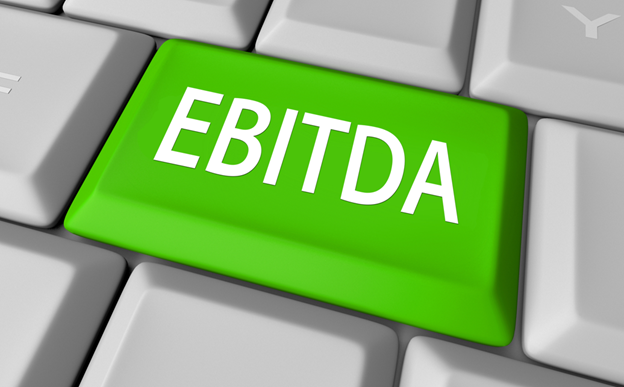 Since then, the concept of EBITDA concept has been widely applied in accounting. However, some critics argue that EBITDA is a way of expressing business operations that ignores the operating expenses. As a result, it can become misleading to some people about the actual performance of the company.

How to calculate EBITDA?

The EBITDA metric only focuses on operating income (EBIT), and on the other hand, it does not consider non-operating and non-cash expenses. The reason behind excluding such expenses while calculating EBITDA is that it calculates profitability based on operating income. It avoids discretionary factors such as debt financing, capital structure, methods of depreciation, and taxes. In other words, it can be said that EBITDA represents a company's financial performance without reporting its capital structure.

The formula for calculating EBITDA is:

The concept of EBITDA focuses completely on operating expenses as it represents the profitability of a company solely based on its operating activities before it gets affected due to capital structuring, leverage, and non-cash expenses such as depreciation are computed.

Why is EBITDA essential?

EBITDA is important in business as it is a method of analysing operational performance without the involvement of any capital structure. It implies that EBITDA does not count the different ways by which a company might use its debts, equity, cash, or other capital sources to finance its operations. It is also independent of the non-cash expenses in a business such as depreciation and amortisation, as it has no relation to the company's operational performance. Moreover, EBITDA also excludes taxes as it varies with time, the company's revenue, and many other factors. The EBITDA is also used at times to draw comparisons between two or more organisations regarding their operating performances. 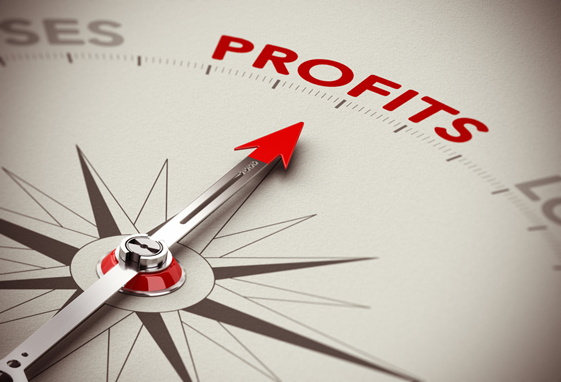 We can conclude by saying that EBITDA is a handy tool that investors widely use to understand a company's profitability. It is so because an investor's decision is directly dependent upon the profitability of the company. Thus, EBITDA reflects the capabilities of a company if it can pay interest to the investors or not.

What are the drawbacks of EBITDA?

The major drawback of EBITDA is that GAAP and IFRS do not recognise it. As a result, some investors such as Warren Buffett are skeptical about using it when it comes to analysing the profitability of an organisation. It is so because EBITDA represents a company in such a way as if it has never paid taxes, interests or anything as such or has never experienced depreciation and amortisation.

For example, let us assume that a newly developed startup may portray its positive sales through EBITDA every year. However, its debts, taxes, interest payments do not reflect on the EBITDA value. This could be misleading for investors as it might appear that the startup never paid interest or spent money on debts.

What is the difference between EBITDA and operating income? 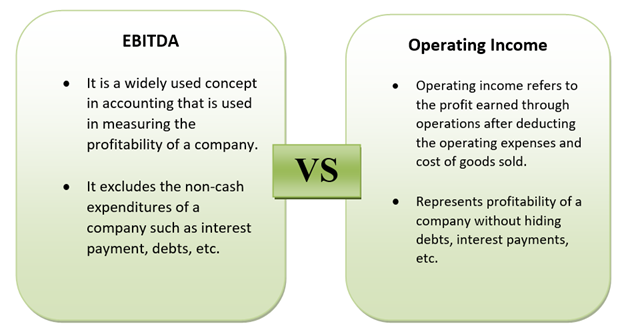 What are the limitations involved with EBITDA?

When it comes to EBITDA, there are few limitations to keep in mind. EBITDA is a unique concept in accounting that adds back the depreciation and amortisation into the company's operating profit. Various analysts depend upon the value of EBITDA to determine the ability to generate revenue through sales only and compare it with other companies having different capital structures. EBITDA is also, at times, used by companies to conceal the actual value of revenue earned through sales.

Due to the limitations mentioned above, nowadays, only startups or developing companies use EBITDA to express their profitability to get financial support from investors as they can easily hide their debts through EBITDA.

How Stress Can Affect Your Workout, Fitness

How to spot a fake crypto app

What COVID-19 pandemic taught us on managing our finances

10 tips for buying your first house

Want to pay­ off your student loan faster? Here’s how, when to start

Which are the 5 best performing NZX growth stocks?

7 stocks worth exploring amid the buzz over commercial space voyages