In terms of year-to-date (YTD) return, the former was in green, and the latter was in the red. This arguably reflects Canadians’ sentiment toward stocks, and also that of the global investors.

Separately, energy prices are hovering on a higher trajectory, particularly after the war in Ukraine. Russia is a major supplier of oil and gas, and sanctions by the West may disrupt the global supply chain, which has led to global oil prices becoming one of the biggest worries for governments and central banks. In this light, let’s take a look at two energy stocks listed on the TSX.

Suncor Energy’s stock makes for a close watch for two reasons. First, it is a major energy company that is into the producing and refining of petroleum in Canada and the neighboring US. Second, Suncor is also claiming transition toward renewable energy, a sector that is a highlight of multi-lateral meetings of heads of governments.

Suncor Energy’s news includes its latest financial results. In February, the company reported the financial statements for the fourth quarter of 2021.

Suncor’s adjusted operating earnings saw a decisive uptick in the quarter against a loss in the fourth quarter of 2020. The figure stood at nearly C$1.29 billion in the latest quarter, which also boosted net earnings to nearly C$1.55 billion against a net loss in Q4 2020.

TC Energy is a major gas pipeline operator, with interests in Canada, the US, and Mexico. The stock makes for a close watch in that TC Energy’s power generation capacity is also substantial.

Also read: GALA, ALICE & RARI: 3 gaming cryptos to watch in the near term

TC Energy’s news includes its 2021 financial results, which also talked about the company’s transition to clean energy. The company floated the Requests for Information (RFI) last year to identify projects in wind and solar energy.

In November 2021, TC Energy had announced a hydrogen production agreement with Hyzon Motors. 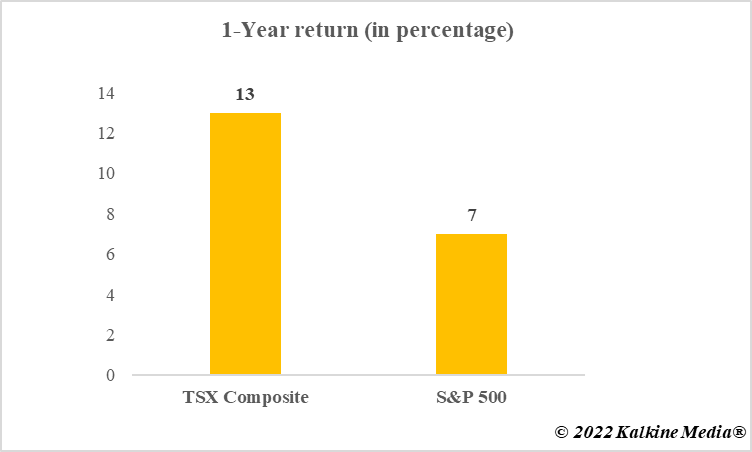 As the price of energy stays on a higher trajectory due to forces like the Russia-Ukraine conflict, the above two TSX energy companies make for a good watch. Besides, both are dividend paying stocks.