Amid these issues, let us discuss the two TSX rail stocks.

Canadian Pacific Railway, which had a two-day work stoppage in March, signed an agreement for binding arbitration with the Teamsters Canada Rail Conference (TCRC).

Canadian National Railway posted revenues of C$ 3.75 billion in Q4 FY2021, noting a year-over-year (YoY) rise of three per cent. The railroad’s diluted earnings per share spiked by 18 per cent YoY to C$ 1.69 apiece in the latest quarter. 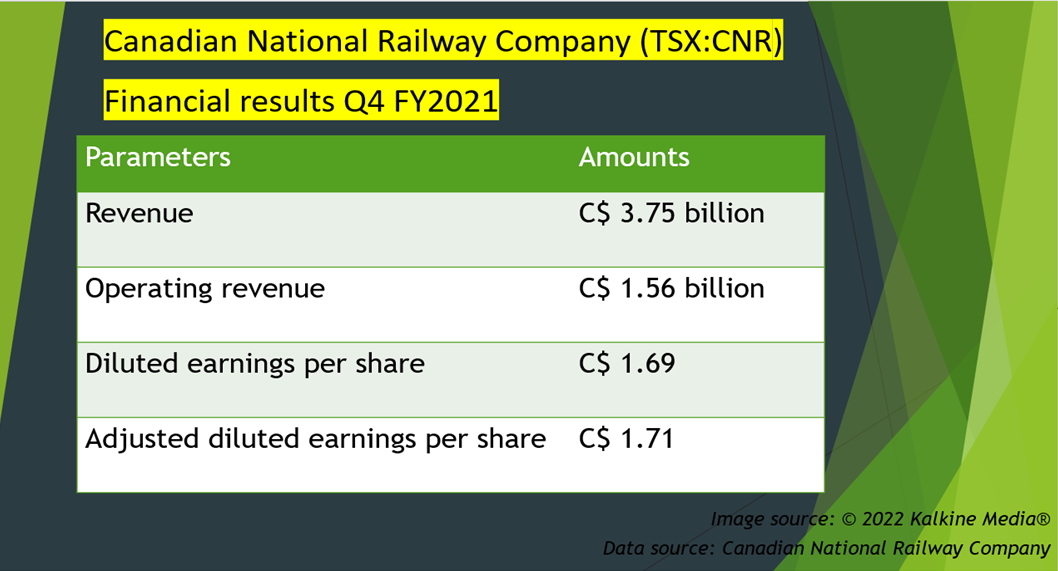 Canadian Pacific and Canadian National Railway are known to be among the top Canadian transportation companies, with railroad operations spread across North America.

Such companies could play a significant role in easing supply chain worries. However, investors should also consider potential threats impacting rail businesses before embarking on any investment opportunity.