The Canadian stock market finished down on Thursday, September 9, extending previous losses, as investors remained cautious about buying equities amid concerns of a delay in the global economic recovery owing to an increase in coronavirus infections. Investors also looked for direction in the United States' unemployment claims data and the European Central Bank's policy announcement.

Despite rebounding from a weak start, the TSX Composite Index fell into negative territory in late-morning trading, ending the day with a loss of 36.52 points or 0.18 per cent at 20,705.27.

The shares of consumer staples and industrials were the biggest losses. IT equities performed well, while the energy, finance, materials, and healthcare shares had a mixed performance.

One-Year Price Chart (as on September 09, 2021). Analysis by Kalkine Group

Nevada Copper Corp., Suncor Energy Inc. and Enbridge Inc. were among the most active stocks from a volume standpoint. 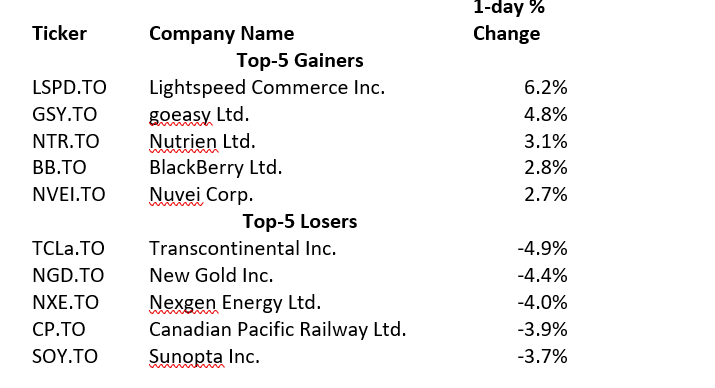 The Canada 10-year bond yield tanked for the second straight session on Thursday and closed in red at 1.176, down 2.73%.