The decline came after it drew criticism from cryptocurrency enthusiasts, and a lawsuit was filed against its endorsers.

Why is EMAX crypto in the news?

A lawsuit was filed against promoters of the EMAX crypto on January 7 in the Los Angeles federal court.

In the lawsuit, it was alleged that noted personalities like Ms Kardashian and Mr Mayweather promoted EMAX crypto to increase its price and book profit for themselves at the expense of investors. 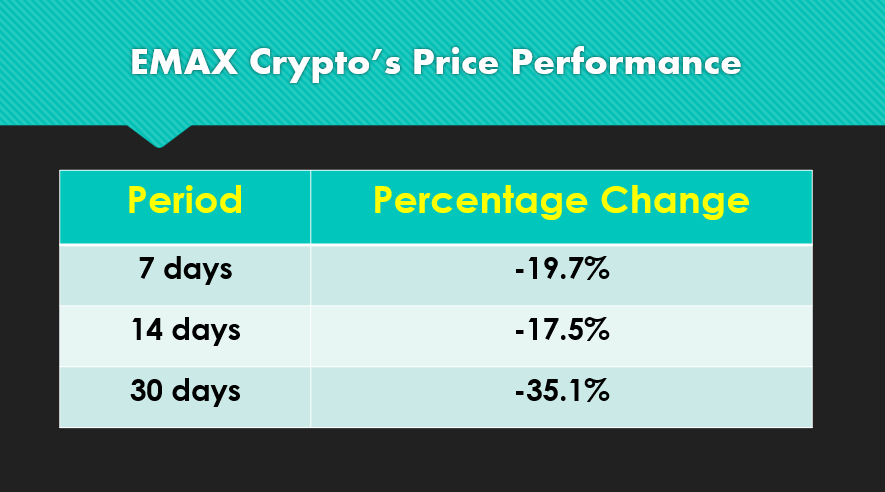 According to reports, the complainant was reportedly an investor and lost money by purchasing the EMAX crypto.

Ms Kardashian had promoted the EMAX crypto in a post on Instagram and had included #AD in the hashtag to indicate that it was a paid advertisement.

Meanwhile, Mayweather had endorsed EthereumMax on his boxing trunks.

The lawsuit claims that the founders of EthereumMax had collaborated with celebrities to promote the cryptocurrency and made false or misleading statements during the process.

This is not the first time a cryptocurrency project has faced allegations that it is part of a larger scam.

According to the project's website, the EMAX crypto is an ERC-20 token built on the Ethereum blockchain. EMAX crypto was launched with a maximum supply of 2 quadrillion tokens, and its self-reported circulating supply is 1,518,191.39 billion EMAX tokens.

EthereumMax project was created to address the gap between foundational and community-driven cryptocurrencies.

The project provides no tax on buys and a nine per cent tax on selling and transferring digital assets. Of the nine per cent tax, three per cent is reserved for treasury and remaining is burned every other week.

Also Read: What is NinjaFloki crypto & why has NJF coin rocketed to its ATH?