Laybuy Group Holdings Limited (ASX:LBY) is an aggressive Buy Now Pay Later (BNPL) provider which made its ASX debut on 07 September 2020. The Company holds a market-leading position in New Zealand and the UK and has a growing presence in Australia. 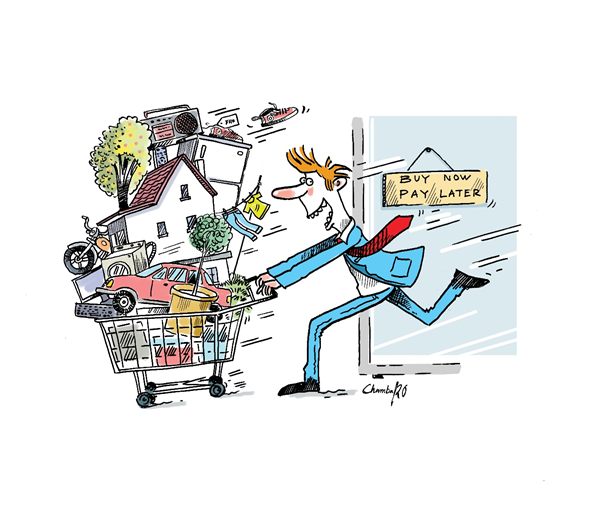 Laybuy Group debuted in New Zealand in May 2017. Gary Rohloff and his wife Robyn and sons James and Alex build the Laybuy platform. Gary found a market prospect after seeing that the conventional layby payment method was not user friendly and was a bulky product for merchants to manage.

At present, Laybuy’s payment platform offers a payment platform that allows consumers to divide the payment of buys online and offline around six weekly, interest-free instalments, the initial being at the point of sale (POS).

Laybuy doesn’t pay dividends to its shareholders at present.

Since Laybuy started the business in 2017, the Company made significant progress during this time frame. Below are a few milestones achieved by the Company from 2017 till 2020. 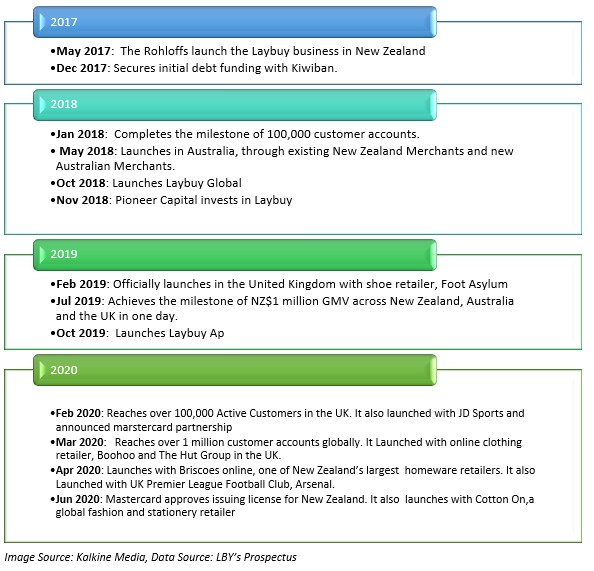 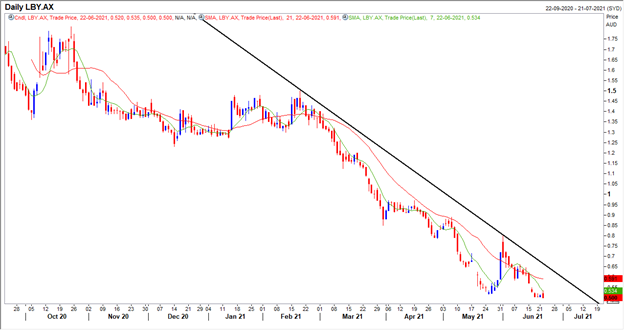 It also completed its share purchase plan on 21 June 2021 and raised AU$5 million in this process. The SPP received strong support with ~ AU$14.4 million of valid applications received from qualified shareholders.

On 6 May 2021, LBY provided a trading update for April 2021 and reported record sales throughout all areas during its Laybuy Mania. Laybuy Mania was organised in the final week of April 2021. The Company noted record sales in the United Kingdom, Australia, and New Zealand compared to the previous Mania events.

In the quarterly rebalance announced on 12 March 2021, LBY was included in the All Ordinaries index.