In order to maintain the lead in payment innovations worldwide, EML has been looking to accelerate its growth through expansion into new verticals.

The Company recently announced its FY21 results, marked by record-breaking numbers across multiple key metrics. Let us delve deep into EML’s performance during the fiscal year.

Below is a snapshot of the results: 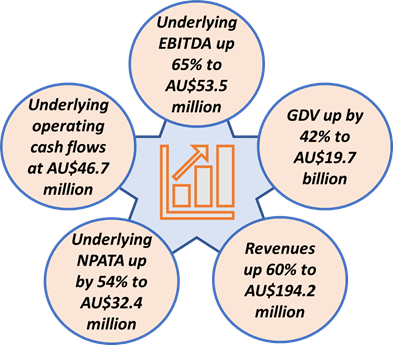 Specifically, EML has demonstrated record GDV growth in the last decade, with the figures surging to AU$19.7 billion, compared to AU$100.9 million in FY12, a CAGR of 80%.

EML’s Accelerator strategy helped attain robust growth in the new business, with 121 additional clients signed during the year. The Company remains optimistic that the expanding demand for embedded, innovative, and highly configurable payment solutions will drive additional growth in the next 5–10 years.

During the year, EML executed 144 new programs. The Company now enters FY22 with a healthy pipeline of programs slated for execution.

EML believes that the increased penetration of digitisation and e-commerce globally boosts demand for globalisation throughout several verticals.

The Company introduced its three-year strategy to expedite growth and made a strong start in the first year. Key achievements of this strategy are described below:

In April, EML inked a deal to acquire Sentenial Group (SG) for an enterprise value of AU$110.9 million and an earn-out component of up to AU$63.3 million. 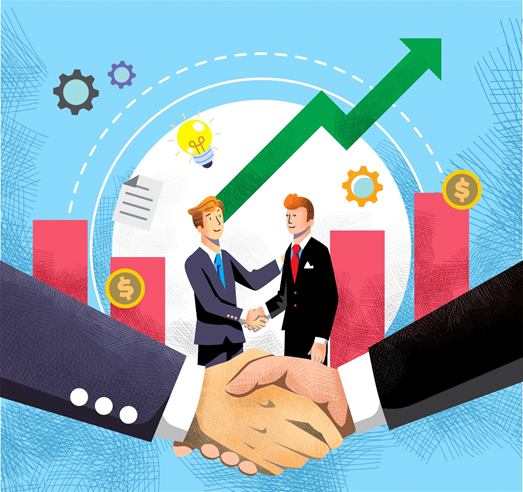 Since Sentenial is anticipated to become earnings accretive in FY24, EML intends to reinvest its profits into growth prospects in FY22 and FY23. This adds to the planned investment of approximately AU$2.5 million in sales and marketing in FY22.

EML has secured regulatory approval from the UK’s Financial Conduct Authority in July 2021 and looks forward to concluding the acquisition in early September upon approval from ACPR.

EML has been closely working with the Central Bank of Ireland (CBI) for the regulatory correspondence concerning its PFS Card Services Ireland Limited (PCSIL) business, received in May this year.

Besides, EML has engaged specialist advice for the remediation plan to conclude a major part of the plan by the end of CY2021 and the rest by March 2022.

This time around, EML has provided earnings guidance for FY2022 (subject to updates as the year progresses) along with FY21 results instead of November as done in previous years. The Company expects growth across key financial metrics in FY22, with the guidance range as follows:

All in all, EML has turned the corner, reporting record numbers despite the extremely challenging economic environment. In addition, the Company boasts a strong balance sheet that supports its growth objectives and provides operational resilience to tackle operational and economic uncertainties worldwide.