The constantly evolving needs for energy efficiency are making the world rely even more on LNG. China recently became the world’s leading importer of liquefied natural gas (LNG). There is a huge potential for LNG in growing economies too. With most of the population in middle or low-income groups, affordable and clean energy like LNG is apt for them. With rebounding economic activities in economies worldwide, LNG demand is sure to thrive.

Is investment in LNG stocks a good idea?

Natural gas is a low carbon-emitting fossil fuel. It has industrial, commercial and residential uses. The global LNG market has grown in size and is emerging as one of the fastest-growing energy segments.

Looking at the supply side, Australia is the world's largest exporter of LNG. Its dramatic expansion in liquefied gas production and export is making it less reliant on conventional energy. While it battles Qatar on the supply front, the Aussie LNG exports have only grown in the last decade. So, there is a lot of opportunity for long-term investors in the Australian LNG industry.

Against this backdrop, listed below are the Top 10 LNG stocks on ASX based on their Market capitalisations.

WPL has global footprints and focuses on oil and gas exploration, production and marketing. In addition, it seeks to deliver value through energy transition via LNG and hydrogen assets. In Q1-21, it even achieved record spot LNG prices from contracts. WPL also has a current annual dividend yield of 2.8%.

It is an Australian energy pioneer, producing and marketing Natural gas. It posted positive numbers in Q1 2021. In May, it commenced the Phase 3C infill drilling program at the Bayu-Undan field, which extended its offshore LNG facilities.

It is a gas explorer with 98% of company assets in Papua New Guinea. It reported a 16% q-o-q growth in the operating revenues for first quarter ending on 31 March 2021. It has strong cash-flows in its LNG business, and critical projects have support from Government as well. Its strategy is to have large scale, low-cost, high growth assets in its business.

It is into the production and sale of LNG. It's March 2021 Quarter met 7% growth in revenue driven by higher LNG spot prices. It has also seen customer inflows in the LNG segment. It even expanded its operations into Japan. ORG also pays regular dividends, and its current annual dividend yield stands at 4.83%. 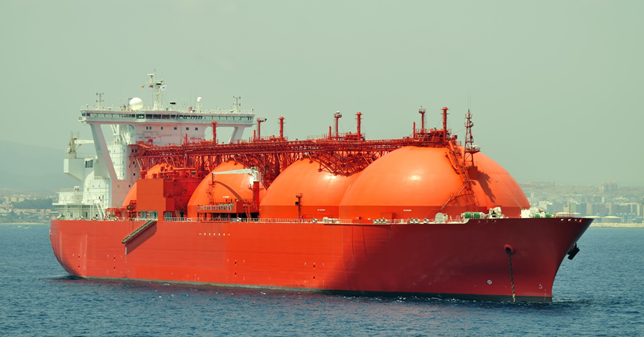 It refines, imports and delivers LNG and petroleum products to retail and commercial clients. Back in May, it committed its Geelong project to the Federal Government's long-term fuel security package (FSP). The FSP will help it achieve cash break-even levels, and the support is expected to last till 2024.

It has onshore and offshore oil and gas production plants across Australia and New Zealand. In March 2021 quarter, its revenues increased 14% from previous quarter. It also has been receiving strong interest from potential LNG buyers in West Australia. As a result, BPT has been paying constant dividends of 1 cent per share, and its annual dividend yield is 1.57%.

It is yet another oil and gas explorer listed on ASX. It has significant assets in Brazil and recently changed its reporting currency into USD to portray a better picture of operations. Despite the adverse effects of COVID-19 on Brazil, KAR maintained its operations in H1-21.

It is another ASX listed oil and gas producer. The company is also into urea production. It has taken significant steps in leading Australia towards becoming the he lowest carbon urea producing regions globally. Its West Erregulla Gas Project in WA has shown some good drilling results in the past.

Senex, is another Natural gas producer. It is focusing on advancing its high-return, long-life, low-cost natural gas assets in Queensland. It has also divested its Cooper Basin assets to Beach Energy (ASX:BPT). The company delivered a strong result in H1-FY21. Its total natural gas production was up by 271% pcp.

It is an upstream oil and gas exploration and production company. In H1-FY21 it reported healthy production numbers. The gas production during the period rose 101 per cent against pcp. COE is diversifying its operations into LNG via Sole Gas agreements. It anticipates a record growth in production, revenue and cash flows due to this.