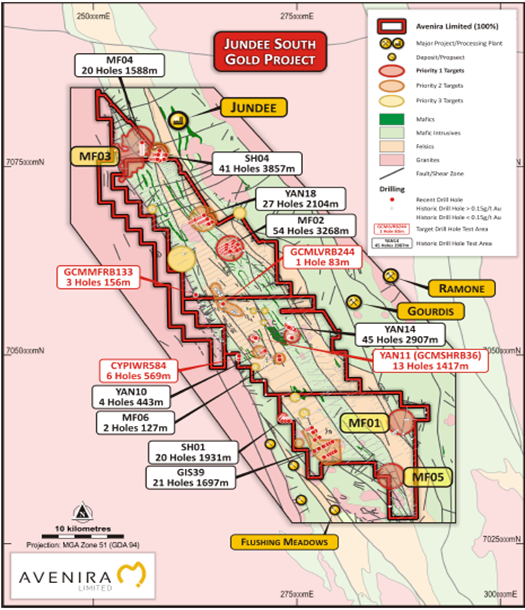 Encouraging results showing alteration and other strong indicatiors for gold mineralisation were observed during geological logging. In addition to the pervasive alteration previously observed at the YaN18 target, substantial alterations were identified at subsequent targets, including YaN14.

Avenira has prepared a work plan for the next two quarters on the basis of initial findings from the drilling campaign. The Company has divided the work program in 2 quarters, as shown below: 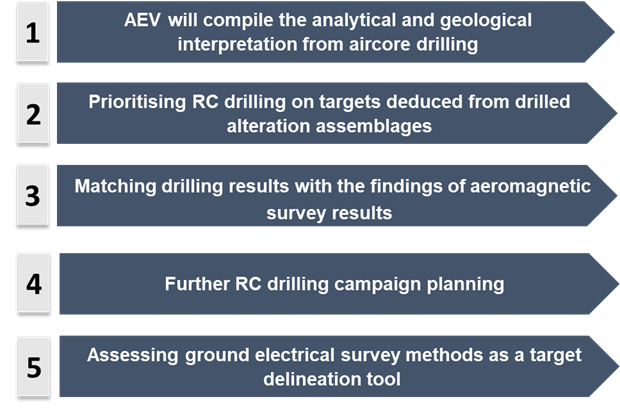