ASX-listed oil & gas player Calima Energy Limited (ASX:CE1) has updated the market with production highlights from its recently acquired Blackspur Oil Corp assets in Canada. Blackspur performed the three-horizontal Sunburst Formation operations at its core Brooks area in March 2021.  After completion, the wells were put under a 30-day production test flow, also known in the industry as IP30.

The IP30 or first thirty days’ production rate has been recorded at 505 boe/d, surpassing type curves estimates by 28% for Sunburst wells (393 boe/d budgeted).

The cost to drill these wells was 20% under budget at C$2.2 million. Two of them are horizontal directional wells, while the third was re-entry into an existing well. 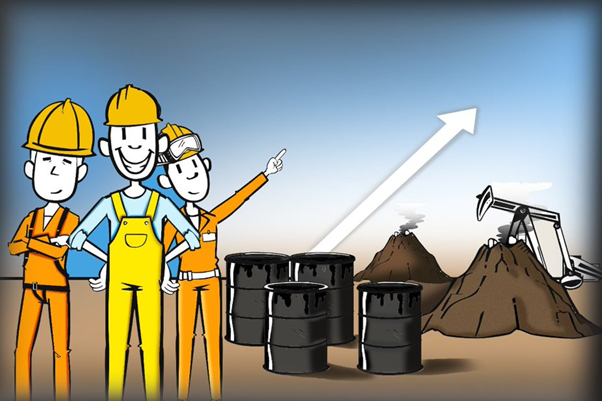 At the current market price of WTI crude of ~US$60/bbl, Calima expects a payback period of less than six months. Type Curve Economics has churned out before tax IRR of above 500% and estimated ultimate recovery of 218,000 boe from the Sunburst wells with 77% of liquid production.

Calima will soon mobilise teams to commence drilling programs in the Brooks and Thorsby area. A total of six-well campaign is expected to begin by the end of May 2021.

The drilling of development wells on the proven reserves of Brooks and Thorsby will provide exposure to economies of scale, and the Company could leverage the strong crude oil prices sustaining in the market.

Drilling of more wells could be planned if the crude oil price and demand remain strong.

Also read: How Calima Energy took the oil and gas sector by storm in 2020