Minerals explorer and developer Renegade Exploration Limited (ASX:RNX) aims to generate value for its shareholders by way of emerging into a mid-tier resource company through engaging in acquisition as well as the advancement of mineral deposits.

In line with its strategy to deliver shareholder value, RNX stock has delivered 300% returns to its shareholders in the last one year till 25 February 2021. On the same date, RNX stock was noted 6.666% higher at $0.008 with a market capitalisation of A$6.48 million.

RNX has developed a proactive approach towards exploration across its tenement package. With this, the Company has undergone some key developments, including the sale of the Yukon Base Metal Project as well as acquiring the interest in Carpentaria JV (CJV).

Lately, RNX secured results from a ground sampling program over the Baxter-Andrews Prospect that helped in the discovery of nickel in the cuttings from historical drilling in this area. Historical aircore spoils inside and surrounding this prospect were identified through the follow-up reconnaissance fieldwork that was undertaken subsequent to the Drone Magnetic Survey. 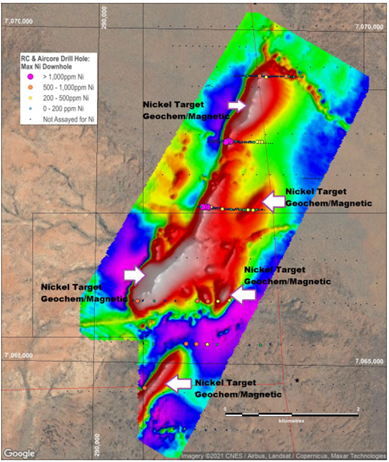 The ground geophysical program has commenced at the area, and the Company aims to define additional targets for future drilling. The historical data, along with the recent sampling program, has helped identify targets for drilling at Baxter/Andrews and Riches Prospects.

Currently, RNX is engaged in the refinement of the gold targets generated by interpreting the recent gravity program from various parties. Moreover, the Company plans to drill these gold targets as part of the upcoming drilling.

Furthermore, the Company is advancing discussions with drilling contractors to finalise a date for drilling the new targets. These include the targets identified at the Baxter/Andrews and Riches prospect as well as gold prospects produced by the latest gravity program. 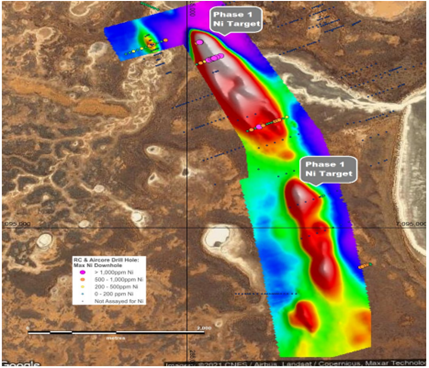 Also, RNX had inked an agreement with Scarfe Holdings Inc to unload the Yukon Project for a total consideration of A$1,650,000 in cash payments. Furthermore, the consideration also includes exploration expenditure worth A$500,000 on the Project by the end of 2021 and a remaining 1% NSR interest which Scharfe can procure for A$1 million once commercial production has been attained.

Acquisition of Interest in CJV

At the end of the December quarter, RNX’s acquisition of the interest in the CJV is dependent on the receipt of all regulatory approvals required under the agreement. However, RNX remains optimistic about the potential to assess opportunities that were discovered through historical work across the tenements. 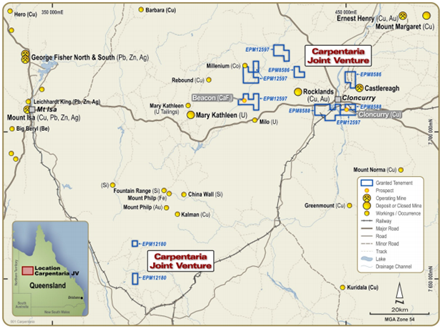 Overall, RNX looks forward to further drilling at the targets identified through recent programs at Baxter/Andrews as well as Riches prospects. At the end of the December quarter, RNX remained suitably funded with $983,000 at the bank.