The stock of explorer and developer Mount Burgess Mining NL (ASX:MTB) was amongst the best performers on the ASX on 28 April 2021. MTB skyrocketed by over 33% and each share quoted A$0.008 with a whopping trading volume of over 78 million. The market capitalisation stood at A$3.96 million.

Mount Burgess is currently developing the project in Botswana- at the Kihabe and Nxuu Zinc/Lead/Silver/Germanium and Vanadium deposits.

INTERESTING READ: Why mineral development in Botswana is the ideal choice for Mount Burgess

The positive sentiment towards the stock seems to have been stirred by the encouraging results from mineralogical test work on samples containing Vanadium from the oxide zone of the Kihabe Deposit.

Mineralogical test work was conducted by the Department of Earth Sciences, Naples University, and ALS Laboratories on samples containing Vanadium from the oxide zone of the Kihabe Deposit.

Two things deserve special attention - firstly, these V2O5 zones have the potential to add significantly to the commercial value of the Kihabe Deposit, given the recent increases in prices. Secondly, the previous test work conducted on the totally oxidized Nxuu Deposit confirmed that Vanadium was hosted in Descloizite.

The previous test work also indicated that 80.70% Descloizite can be recovered on site through gravity separation followed by flotation using a hydroximate acid for recovery. 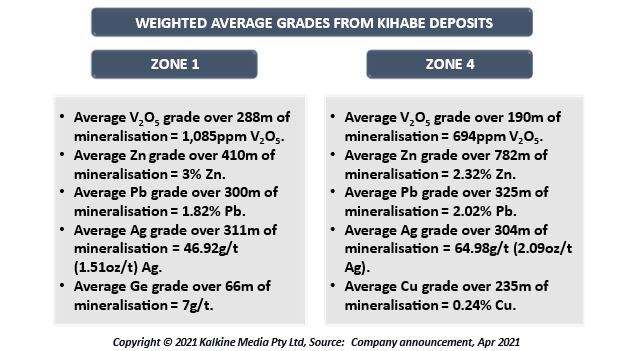 There are six holes drilled into Kihabe and assayed for Germanium. These holes suggest that there can be the possibility to discover further Germanium mineralisation along strike. This can make a substantial commercial contribution as well.

Mount Burgess notified that further test work on the iron hydroxide content of the Kihabe Deposit may confirm the host mineral for Germanium. 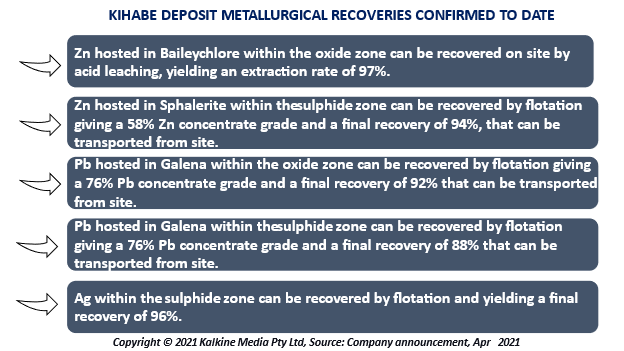