Shares of Bounty Oil & Gas NL (ASX:BUY) roared up 8.33% on Tuesday after the company announced that the Pavo-1 discovery has substantially enhanced the prospectivity of directly analogous drilling targets at Cerberus.

Bounty considers the Pavo-1 discovery in the Bedout Sub-Basin to be directly analogous to Triassic age drilling targets within its Cerberus JV permits in the Carnarvon Basin. The Pavo and Dorado discoveries contain oil and gas within Triassic geological targets, which have been sealed by the Dorado channel. 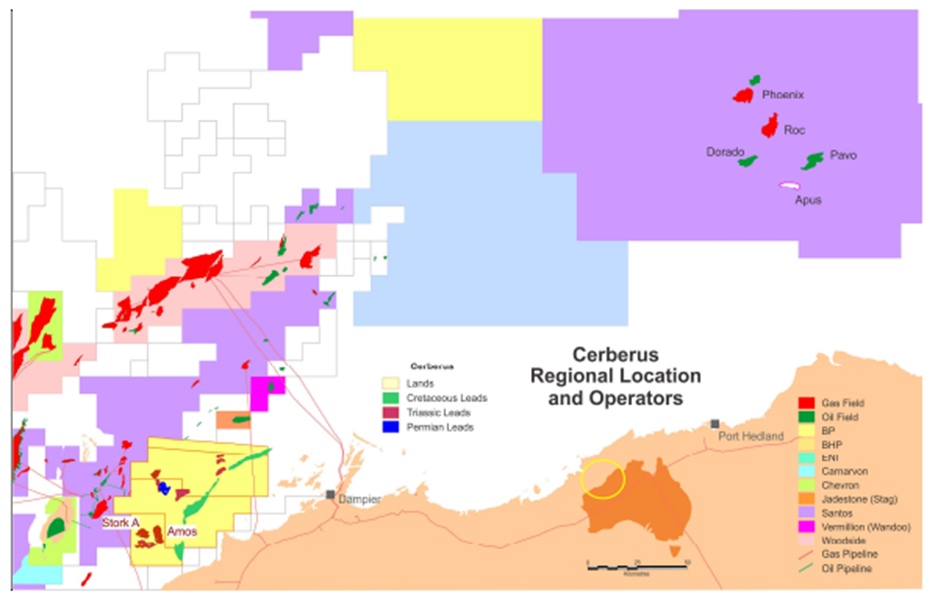 The success at Pavo-1 upgrades “seal against canyon fill” stratigraphic trap prospects, which are proximal to the edge of the basin and are analogous to Cerberus prospects within the Stork cluster of EP475.

Earlier on 8 March, Bounty had announced the same characteristics within the Southwestern region around the Cerberus Stork and Amos prospects upon initial AVO (amplitude v offset) seismic data analysis.

The additional seismic analysis of Cerberus prospects has suggested Fluid Escape Features to be present in the Amos area, same as Pavo and Dorado. It is believed that the fluids escaping the geological structures have created a seismic anomaly. These signal a possibility that hydrocarbons either are or were present in the vicinity.

An interpretation of these features gives out positive indications of an ‘over-supplied’ petroleum system with some leakage of migrating hydrocarbons. Both Bounty and Operator Coastal are currently analysing the recently reprocessed 3D seismic over its current drill target inventory for any other FEF’s.

Request for Proposal (RFP) to the rig market had already been announced and has now been issued for long lead items associated with the drilling. The drilling program is anticipated to be conducted in Q4 2022. The exploration well will be drilled on the border of Cerberus, termed as Yoorn-1 by Santos Limited (ASX:STO) to target two reservoirs.

Furthermore, the exploration well will be drilled on trend from a number of prospects, including Ulysses and Lincoln. The initial assessment has suggested that the prospects to be more modest in size, actually are considered to be a lower risk given their proximity to existing proved fields. The prospective resources announced in early March will now be expanded to include both the prospects. The probability of success is also being reviewed considering the Pavo-1 discovery and the proposed drilling at Yoorn-1.