The most successful businesses are led by seasoned and high-calibre management. A high-quality leadership team is the backbone of a business, driving it towards success in the contemporary world.

While the business streams and the sectors may vary, a few ingredients remain a must for each business to shine in its respective field. The management team and its decision-making ability directly impact the business performance, strategy and operations catered towards achieving the organisational goals. 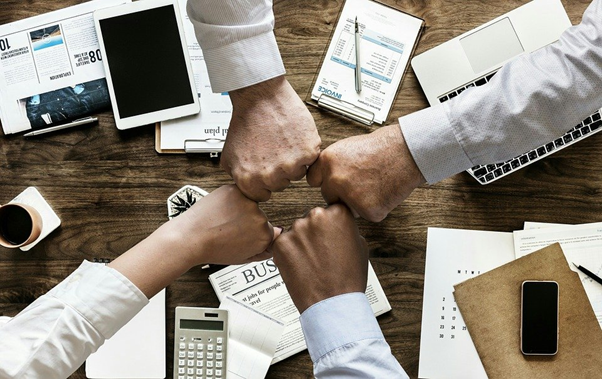 Iconic gold explorer Twenty Seven Co. Limited (ASX:TSC) is led by a dynamic and seasoned leadership team with diverse experience in the exploration, development and operation of mining projects.

The management team also includes veterans with technical and professional experience across public relations, corporate affairs and fundraisings. The current management team is engaged in taking prudent decisions, ensuring that the explorer taps opportunities across its portfolio to generate substantial value for its shareholder base.

Let’s get acquainted with the veteran management team at TSC.

Mr Robert Scott is a seasoned chartered accountant with more than 35 years of experience in corporate advisory at major accounting firms. Mr Scott has been a long-term board member of numerous groups including Sandfire Resources NL (ASX:SFR), overseeing the development of the world-class Degrussa Copper-Gold Mine.

Mr Scott sits on the board of several other mining and energy companies including RTG Mining, which owns substantial copper and gold exploration assets in the Philippines and Bougainville.

In the past, he served on the boards of Texas-based shale oil producer Lonestar Resources US Inc. and gold miner CGA Mining.

His extensive experience in the industry has helped multiple groups to benefit from his industry wisdom and global exposure.

Mr Ian Warland is a seasoned geologist with more than 25 years of experience in Australia and overseas over a wide range of commodities. Mr Warland was appointed as the CEO of TSC in July 2018, and since then he has been leading the company on the premium WA and NSW mineral projects.

He holds extensive exposure in both open pit and underground mining. Moreover, he led exploration projects both domestically and internationally for cobalt, copper, gold, uranium, base metals, lithium and industrial minerals.

Mr Warland was the joint recipient of the “Explorer of the Year” in the year 2006 for the discovery of the zircon-rich mineral sand deposits at Jacinth and Ambrosia, during his tenure at Iluka Resources. Further, he led the team to uncover heavy mineral sands of over 20 million tonnes within the Eucla Basin in South Australia.

He holds a Bachelor of Applied Science Geology with First Class Honours from the University of Technology Sydney.

Mr Timothy Armstrong holds six years of experience in the finance domain. He has built a strong network and reputation in the equity markets. Mr Armstrong has been critical in building Stocks Digitals financial public relations business in the UK. He also has a strong network with London-based corporates, brokers and advisors.

During his financial PR stint, he advised and consulted numerous listed and private mining firms. Mr Armstrong is also a former professional cricket player and has represented many successful teams including Australia, NSW and WA.

Mr Mark Burchnall is a corporate lawyer with over 20 years of experience across the metals and mining industry. Currently, he also serves as the director of Perth-based law firm Murcia Pestell Hillard.

Mr Connor has more than two-decade experience in finance and accounting. Of the total, he spent 15 years in the mining industry.

He also serves several other ASX-listed and unlisted entities, providing his expert services as company secretary and chief financial officer.

Altogether, TSC boasts a highly skilled and qualified leadership team with a proven track record of exploration plus project development/operations in Australia and worldwide. The strong leadership team is committed to pursue premium WA and NSW projects to generate value for the investors and shareholders.