Mineral exploration firm Jindalee Resources Limited (ASX:JRL) has further broadened its footprint at the McDermitt Lithium Project. The US Federal Bureau of Land Management has confirmed that an extra 271 claims were lodged adjacent to the 404 existing claims at McDermitt. 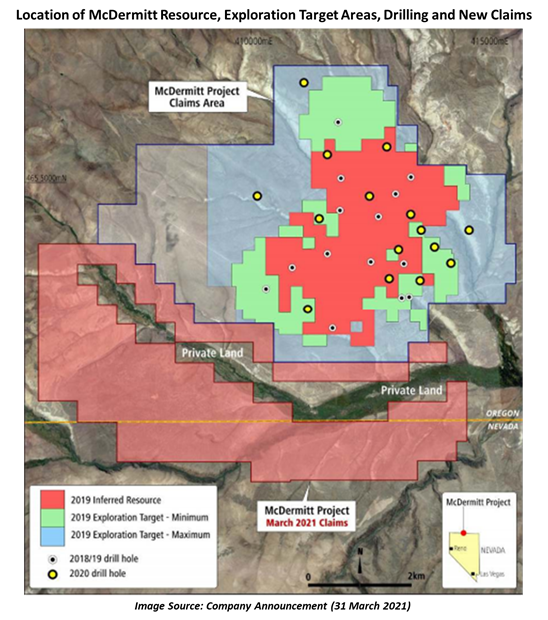 Being a major lithium project in the US, McDermitt has huge upside with the maiden inferred mineral resource already estimated for the project. The Company announced an Inferred Mineral Resource of 150Mt @ 2,000ppm Li (0.43% Li2O) at McDermitt at 1,750ppm Li cut-off grade in late 2019.

The Company believes that the McDermitt project holds significant potential to make America self-sufficient in lithium. At present, the US produces just 1.2 per cent of the world’s lithium, mostly relying on the imports of the battery metal.

What is the Significance of the New Claims?

With the additional 271 claims, Jindalee has increased the size of the project by 67 per cent. Sitting astride the Oregon-Nevada border, the project now covers an area of 54.6 sq. km.

The new claims are highly prospective for lithium as they cover the interpreted strike continuation of lithium mineralised sediments discovered from recent drilling and mapping. Recently, the Company completed a 15-hole drilling program at its high-grade McDermitt project, with most of the holes returning broad mineralised intercepts. These included nine holes located outside of the present Inferred Mineral Resource. 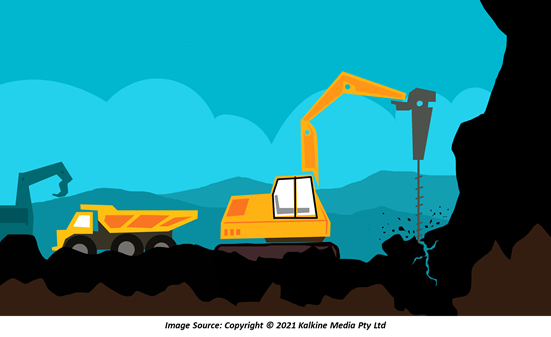 Notably, one of the promising intersections was returned by drillhole MDRC015, which establishes the fact that the lithium mineralisation extends west. Additionally, the new claims feature the scattered outcrops of the sediments that host the lithium mineralisation at the project. These factors heighten the possibility of the McDermitt project getting an additional boost upon further drilling of this area.

The new claims have further increased potential development options at McDermitt, with 88 of them located in Nevada. Recently, Nevada has been ranked as the top jurisdiction in the world for investment in the latest (2020) Fraser Institute survey, based on the Investment Attractiveness Index.

Jindalee expects the updated Mineral Resource Estimate (MRE) for the McDermitt project to be available in early April 2021. The Company informed that independent experts H&S Consultants Pty Ltd are presently updating the MRE.

The increased drill density across the deposit is likely to be sufficient for the following purposes:

Also Read: Jindalee Resources (ASX:JRL) on a roll at McDermitt with resource extension

Following the significant update on the McDermitt project, Jindalee shares marked an uptick of about 5 per cent to AUD 1.680 on 31 March 2021. The shares traded at AUD 1.70, with a rise of ~1.2 per cent during the early trading session on 1 April 2021. Interestingly, the Company’s shares have soared by over 110 per cent in 2021 so far.