Following the key update, Jindalee’s shares inched over 5.6 per cent higher to AU$2.440 on the ASX.

Must Read: Jindalee Resources (ASX:JRL) ready to go hammer and tongs at its US lithium assets

Meanwhile, the Company highlighted that studies and drill permitting are continuing at its flagship McDermitt project, with no significant delays expected this time. The Company further informed that all elements of the technical study are coming together, and several options are being considered by the process engineering team for the flowsheet.

Jindalee has designed a diamond drill program at the Clayton North project to follow up anomalous lithium results from surface sampling undertaken by the Company in 2018, where assays of up to 930ppm Li were detected at surface. 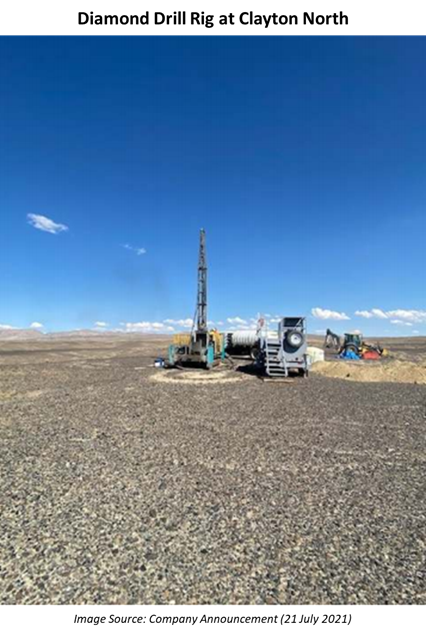 The Clayton North area hosts lithium-bearing sediments of the Tertiary aged Esmeralda Formation. The unit is interpreted to strike north-west under thin cover and outcrops in the south-east of the claim. Up to twelve drill holes have been approved on this exploration permit to examine the thickness of the cover and the lithium-bearing sediments. The final number of holes is dependent on visual results in the field.

Drilling is anticipated to take around three weeks with first assays expected by early October 2021.

The Clayton North project was generated internally by Jindalee and acquired for the cost of field work, staking, and filing the relevant claims. 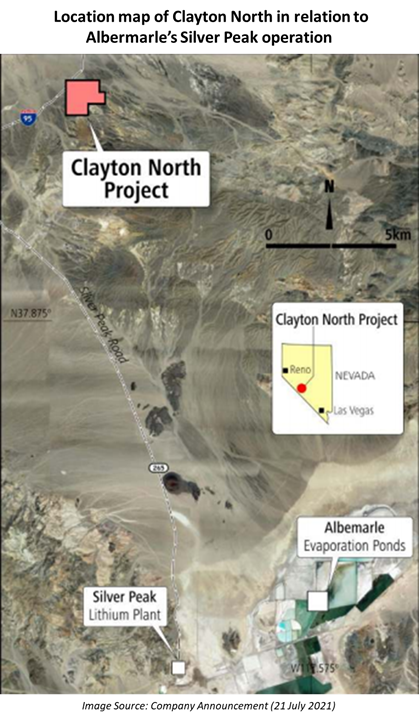 Jindalee pegged the mineral claims at the Clayton North project after a reconnaissance field trip in 2018. A combination of auger and composited rock chip samples were collected at the project, confirming sediment hosted lithium mineralisation in weathered surface materials.

Interestingly, this will be the first time the project’s potential will be tested by drilling. The drillholes are planned to determine the grade continuity of lithium mineralisation in the sediments.

All in all, Jindalee has planned substantial exploration activities at the Clayton North project and the advanced McDermitt lithium deposit over the coming months. While the Company continues to advance its US-based lithium assets, all eyes are now glued to its developments in the September quarter.

Interesting Read: How Jindalee Resources (ASX:JRL) is Going from Strength to Strength in Lithium Space