In the latest update, oil and gas investor BPH Energy Limited (ASX:BPH) has announced the receipt of a Basis of Well Design (BOWD) report for the Baleen well in the PEP11 permit. 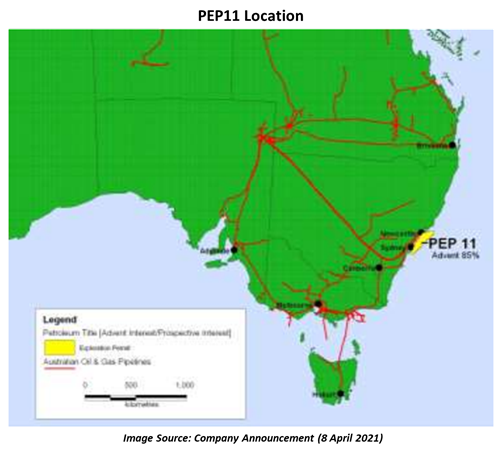 The PEP11 permit is operated by BPH investee Advent Energy Ltd in a Joint Venture (85 per cent) with Bounty Oil & Gas NL (15 per cent). Advent Energy  operates PEP11 permit via its wholly owned subsidiary Asset Energy Pty Ltd.  Advent is planning to drill a well at the Baleen target in the prospective PEP11 permit, for which it has also submitted applications to the NOPTA (National Offshore Petroleum Titles Administrator).

The BOWD report for the Baleen well has been received from Add Energy, with which Advent signed a Preliminary Well Services Agreement in January this year.

The report documents the Basis of Well Design as well as the rationale for the well cost compilation, design of the well and the project schedule. Furthermore, the report addresses the revised drill target on the Baleen prospect, which was initially declared with a total depth of 2150m on the B4-18 seismic data line.

Recently, BPH has also appointed a Drilling Manager under the Preliminary Well Services Agreement with Add Energy, which is expected to provide phased approach services to Advent for the preparation and drilling of the Baleen well. Add Energy will provide technical support in the following areas in the initial stage of the phased approach:

The scope of work to be carried out included:

Subject to funding and approvals, Advent now intends to conduct deeper drilling to carry out an evaluation of the Offshore Sydney Basin for carbon capture and storage (geo-sequestration of CO2 emissions).

This has led to a revised specification of a well to target early Permian sandstones for both carbon sequestration and hydrocarbon potential, with a revised total depth being set at 3150 metres.

A report from the Australian Financial Review - ”Carbon prices tipped to surge”, dated 7 April 2021, recently highlighted the importance of the carbon storage objective in addition to gas.

BPH informed that the recently received Basis of Well Design report is currently being evaluated.