Boab Metals Limited (ASX: BML) is in high spirits with the ongoing Phase V drilling at its 75%-owned Sorby Hills Joint Venture, delivering encouraging initial results. It aligns well with the solid track record from previous drilling programs. The Company announced the completion of nearly three-quarters of the planned 4,200m program at Sorby Hills, stationed in the mining jurisdiction of Western Australia.

The drilling is complete on 31 holes, including four holes that were later added due to the interpreted success based on core logging of planned holes.

The Phase V drilling program was designed to explore opportunities to improve mine life and the proposed production capacity of Sorby Hills as part of the ongoing Definitive Feasibility Study (DFS).

Remarkable Success from the drilling

The Phase V drilling is strategically focused on testing and validating the interpretation of portions of the project’s resource situated close to, but outside the current open-pit designs. It would allow the incorporation of the prospective tonnes into the DFS mine plan.

So far, drilling over more than 3,000m is complete, and the Company has submitted approximately 1,100 core samples to a Darwin-based laboratory for assaying.

Success so far has included:

The Company intends to undertake further step-out drilling to follow up the mineralisation open along strike to the north-northwest. 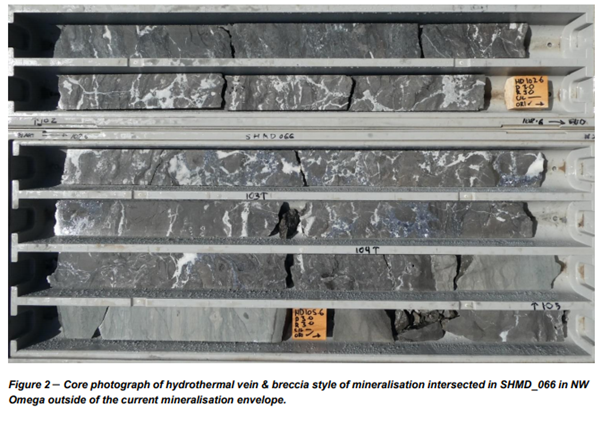 Drilling at Alpha, Beta and Omega northwest represents a substantial and relatively low-risk opportunity for materially extending the mine life of Sorby Hills.

Road Ahead for Sorby Hills Exploration

The remaining drilling program consists of:

Meanwhile, the Company is continuously investigating and interpreting the geological information generated from drilling, with a view to identify additional high impact targets for the current drilling program as well as follow-up drill hole positions for future campaigns.