Why is LRC crypto making a splash with over 400% jump in trading volume?

BlackEarth Minerals NL (ASX:BEM) continues to move through the gears, undertaking graphite exploration and development initiatives with strategic collaborations at the heart of its recent endeavours.

The outcomes have been exceptionally positive, boosting investors’ confidence. Consequently, BEM shares marked an uptick of more than 200% in the last three months. The stock traded at AUD 0.130 on 15 March 2021.

ALSO READ: Why did BlackEarth Minerals’ (ASX:BEM) Shares Zoom up 2X in less than three weeks?

With this backdrop, let us skim through how the Company is navigating its exploration journey by casting an eye over the developments in the first half ended 31 December 2021.

BlackEarth Minerals signed a binding Memorandum of Understanding (MOU) with Austria-based and London-listed RHI Magnesita, which is one of the largest refractory groups globally.

As part of the Maniry Project BFS (Bankable Feasibility Study), the Company has also kicked off its social and environmental activities/studies, further paving the way for receiving pre-construction permitting.

Besides fast-tracking the developments at its advanced Maniry Graphite Project, BlackEarth Minerals has also focused on progressing the Donnelly River Project. Thus, the company carried out historic data review as well as re-interpretation, which generated encouraging outcomes for further initiatives.

The Company has undertaken planning and costing for future exploration works at the Donnelly River project.

BlackEarth Minerals recently announced the commencement of a large-scale pilot metallurgical test program on graphite samples (60-70 tonnes) from the Maniry Graphite Project. The results are planned to be used for the current DFS to finalise the process design criteria. 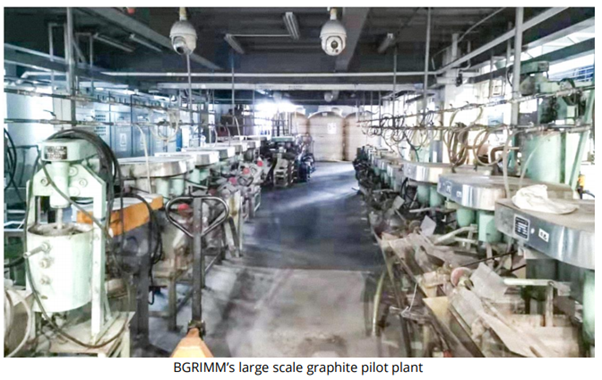 On the back of its progressive and robust record, the Company has been consistently ticking off quite significant milestones. With developments across its strong project portfolio progressing at pace, BlackEarth Minerals in 2021 has been able to ink deals with the leading graphite-related companies of the world.

In early February 2021, BEM and US-based Urbix signed an MOU to bolster the progress of BlackEarth’s downstream graphite production.

Under the terms of the agreement, BlackEarth Minerals would initially supply its quality graphite concentrate to the downstream processing facility of Urbix, stationed in the US. Both the partners have also proposed a Joint Venture (JV) plant, after the successful completion of the Urbix plant in the US.

The Company also struck another encouraging deal in February, with the execution of an MOU with Germany-based Luxcarbon GmbH, a leading supply chain group for graphite.

Under the terms of the agreement, BEM will secure the supply of high-grade graphite (up to 25,000 tonnes) from the German group and thereby assist Urbix in completing the development of its US-stationed plant.

In addition to the recent MOUs, BlackEarth has joined the European Battery Alliance, which would provide the Company with several growth opportunities in wake of the flourishing European EV market. The Company is also in discussions for funding from potential partners for developing its planned Madagascar-based graphite project and downstream processing operations.

BEM had cash and cash equivalents of more than AUD 2 million on 31 December 2020 with further AUD 1 million raised recently with shareholders exercising their partly paid shares.

Why ASX-Listed ETFs Fell Over 20% YTD?