Here’s why Amcor (ASX:AMC) should be on investors’ radar

On 3 February 2021, Amcor PLC (ASX:AMC) released its business update and half-yearly result for the period ended 31 December 2020. The company has reported GAAP net income of $417 million which is up by 65 per cent over the previous corresponding year (pcp). 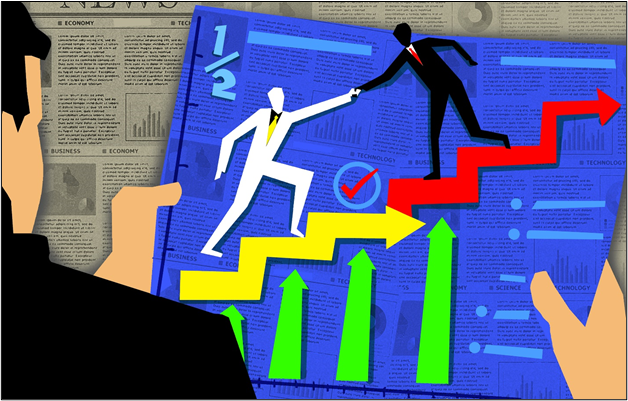 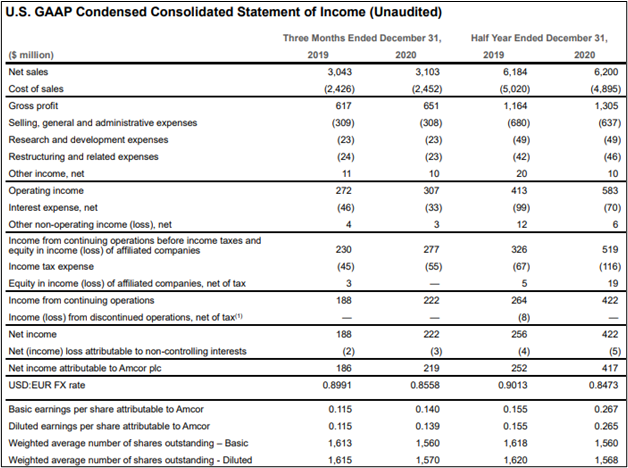 The company had acquired Bemis business way back in June 2019 through an all-stock transaction. Amcor has delivered approximately $35 million (pre-tax) of incremental cost synergies during the reported period.

As a result of this strong performance, Amcor expects to deliver circa $70 million (pre-tax) of cost synergies in fiscal 2021.

The company has substantial capacity to reinvest in the business simultaneously, aim new acquisitions, and return cash to the shareholders through attractive dividends and share repurchases.

For the reported period, the free cash flow stood at $276 million. This excludes an unfavourable impact of almost $50 million related to the US cash tax payment, which was deferred from the fourth quarter of fiscal 2020.

For the FY21, the company estimates to clock free cash flow of approximately $1 billion to $1.1 billion. The EPS growth is estimated at 10 per cent – 14 per cent over the fiscal 2020 EPS of 64.2 US cents. Assuming the current currency exchange rate, the company does not see any material impact on EPS.

The company’s guidance contemplates a range of factors, including the pandemic situation, which pose a high degree of uncertainty.

Amcor’s share price closed at A$14.39 (as of 2 February 2021). The stock has been in a mild downtrend for the last three months, delivering a negative return of almost 7 per cent. The one-year return is also a negative 9.4 per cent.