In March 2021, Crown Resorts Limited (ASX:CWN) received an unsolicited, non-binding and indicative proposal for acquisition. A company on behalf of funds managed and advised by The Blackstone Group Inc. and its affiliates expressed interest in acquiring all the shares in Crown Resorts.

While Crown Resorts is still assessing the acquisition proposal, Blackstone has modified the Regulatory Approval Condition. Read on! 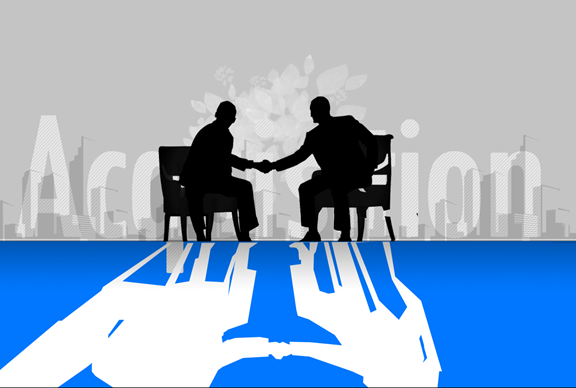 ALSO READ: Why Crown Resort & GrainCorp were in spotlight this week?

Blackstone wishes to acquire all the shares in Crown Resorts by way of a scheme of arrangement. The indicative price is $11.85 cash per share, that will be reduced by the value of any declared dividends/ distributions paid by Crown Resorts.

The proposal was subject to several conditions, including the execution of a binding Implementation Agreement. This would set out certain terms and conditions, one of which was that Blackstone receive regulatory confirmation that a Blackstone-owned Crown is suitable to continue to own and operate the Melbourne, Sydney, and Perth licences (along with other gaming-related approvals as required.

Modifications to The Regulatory Approval Condition

Blackstone has indicated that its proposal is not conditional on arranging debt financing. Besides, the Regulatory Approval Condition has been recently modified. 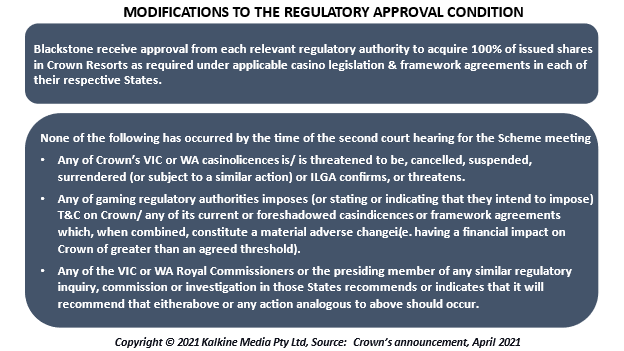 Blackstone expects to receive probity approval to acquire 100 per cent of Crown Resorts from each of the state gaming regulators by 3Q 2021. Meanwhile, the Crown Resorts Board is assessing the proposal, having regard to its value and terms, along with other considerations.

The Company has stated that currently, there is no certainty that the proposal will result in a transaction.

GOOD READ: Here’s how Crown (ASX:CWN) is embarking on reboot