Australian shares ended lower on Tuesday after the country’s central bank signalled that interest rate could be raised sooner than expected. In a major shift in its policy stance, the Reserve Bank has decided to discontinue one of its key stimulus measures, “yield curve control”, which was introduced in March 2020, following the COVID-19 pandemic outbreak. Investors were also cautious in light of the central bank meetings in the United States and Britain this week.

The Reserve Bank of Australia (RBA) on Tuesday kept its cash rate target at record low 0.1% for the twelve consecutive month. The central bank also reaffirmed its commitment to continue buying AU$4 billion worth of government bonds every week until mid-February.

However, in a surprise move, the central bank discontinued the target for the yield on the April 2024 bond, citing improvement in economy. The apex bank scrapped the policy of targeting the yield on the three-year Australian government bond, maturing in April 2024 at 0.1%. 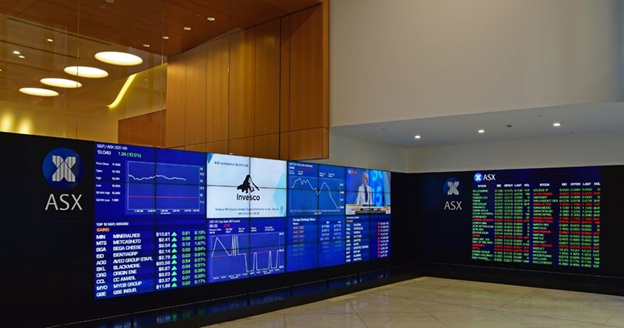 The market width, indicating the overall strength, was weak as six of 11 sectors ended in red zone, led by material and financial indices. The material sector was the worst performer with a 2.1% loss, owing to a fall in commodity prices, especially iron ore.

The Material sector was followed by 1.3% loss in the financial sector as looming fears  about rate hike trigged a sell-off in banking stocks.  All big four lenders - Westpac Banking Corporation (ASX:WBC), Commonwealth Bank of Australia (ASX:CBA), Australia and New Zealand Banking Group (ASX:ANZ) and National Australia Bank (ASX:NAB) – ended in th red. Westpac was the biggest loser among banking stocks after Morgan Stanley downgraded it to an equal-weight rating.

Among others, energy, tech and telecom sectors also ended in negative terrain. 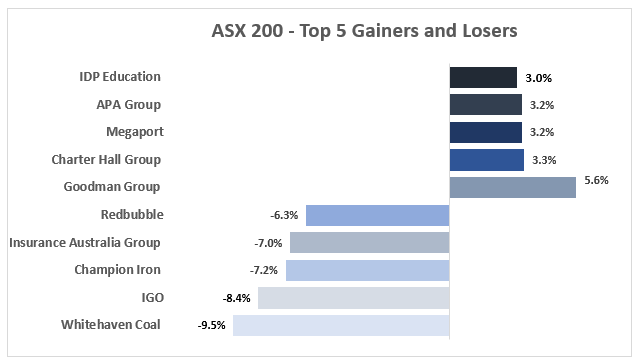