The medical technology company, Sienna Cancer Diagnostics Limited (ASX: SDX) is based in Australia. It develops and commercialises innovative cancer related tests. Besides Australia, SDX operates in Asia, The United States, Europe, Latin America. The company’s strengths are its ability to identify, develop and commercialise latest IVD technologies, that are useful in the unmet clinical / market. 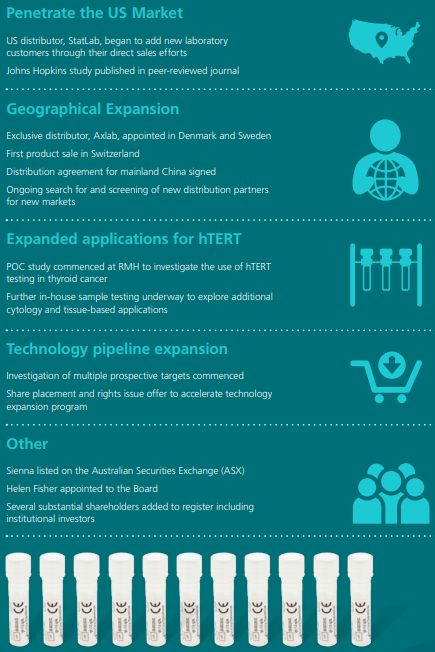 Its first product, an IVD test for the biomarker hTERT, has taken off from research and is done with the development, manufacturing, product registration. The market launch was aided by its growing chain of distribution partners. SDX aims to increase its revenues from the existing product and pace up its market access via new distribution partners, extending the applications for its hTERT tests. It focusses to expand the product offerings while adding new technologies into the product development pipeline.

The company’s most recent technology acquisition was a unique technology which captures and isolates the target analytes into liquid biopsy samples. This sample preparation technology is called SIEN-NETTM . This can prepare various liquid biopsy samples to test quite a few clinically useful biomarkers, inclusive of proteins, lipids, exosomes, and other molecular targets of interest.

After receiving the patent, Chief Executive Officer, Matthew Hoskin stated that the unique technology would enable the company to expand into the fast-growing market of liquid biopsy and exosome-based testing. The patent extends further towards the intellectual property protection for the technology in major regions. However, SIEN-NET is already protected by registered patents in the United States.

Liquid biopsies have the capability to be a revolution towards the cancer diagnostics field. They bear the potential to replace more invasive methods and hence aid in rapid detection of the disease at all its stages.

The company had signed an agreement to buy the intellectual property assets of California-based Sevident Inc. This marked the company’s first transaction in its strategy of technology expansion and paved a new opportunity to generate future revenue for itself. 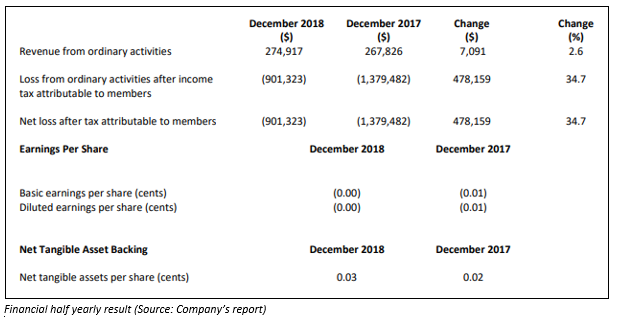